Home Entertainment Tension in Kissing Booth 3! What about Joey King and Jacob Elordi 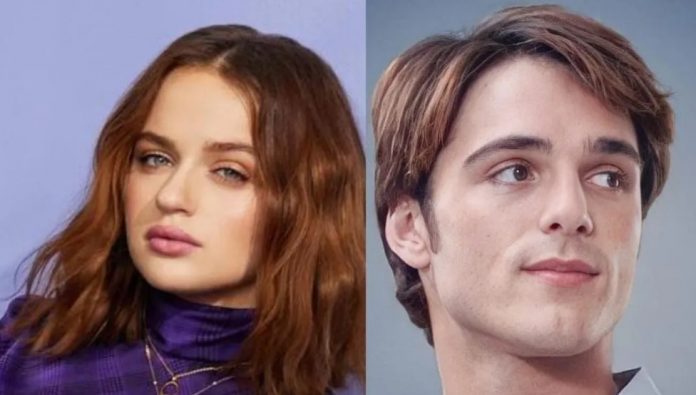 The protagonists of ‘The Kissing Booth‘ had a relationship in fiction and in real life, what was it like working together?

Did Joey King and Jacob Elordi have tense moments during the filming of the third part of ‘The kissing booth‘? The actors filmed their scenes after a love breakup and although they showed their professionalism, the fans noticed a certain distance between them.

‘The Kissing Booth ‘ is one of the most successful sagas of Netflix, the love on the plate starring Joey King and Jacob Elordi transferred, they began a relationship that would not hesitate, they recorded parts 2 and 3 of the tape after their separation.

The breakup of the celebrities drew a lot of attention from the fans, who noticed some details in the dynamics of both on set, but they were very professional and their performances were applauded by the fandom.

With the arrival of the movie ‘ The kissing booth 3 ‘ on August 11, through Instagram, Joey King shared a series of videos and photographs of her with the cast, the great absentee was her ex-boyfriend, Jacob Elordi.

With the post of the protagonist, Internet users saw various things about the relationship of the cast and staff of the film with Joey King, she perished in selfies with her colleagues, staff, and more, but none next to Jacob Elordi.

This was interpreted as that both kept their distance in the filming to prevent their work from being more uncomfortable, in the description, the American model wrote a message in which she highlighted the good atmosphere behind the scenes.

The fans will wait to see the result of the latest installment in the story of Elle and Noah to check the relationship of the Australian actor and the star since their performances in ‘ The Kissing Booth 2 ‘ seemed professional to them.

So far neither of them spoke openly of their discomfort onset, although it could be apparent that for the sake of both they distanced themselves to avoid misunderstandings.

What happened to the fourth The Kissing Booth movie? Netflix cleared up these rumors and revealed details of the latest installment.

Marvel’s Guardians Of The Galaxy Uncovers Your PC Requirements