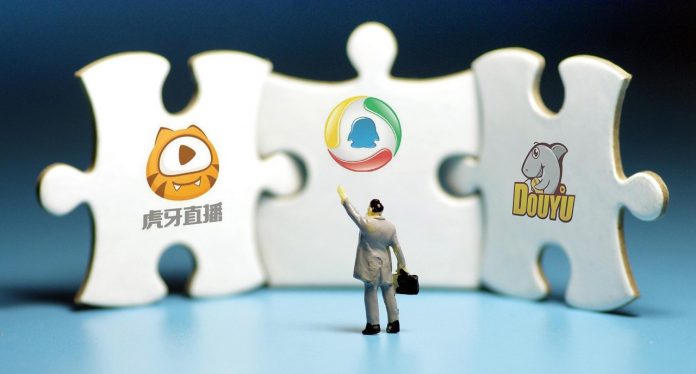 Having an important place in the Chinese game market with a value of 3 billion dollars, Tencent took its place on the agenda with a new development. According to Reuters, the Chinese tech and social media giant plans to merge two streaming platforms under its control. However, because of the size of the merger, the “monopolization” objection has been raised from local market regulators in China.

Huya and DouYu platforms will unite

Tencent announced for the first time last year that it plans to merge China’s two largest online streaming platforms, Huya and DouYu. This major merger will apparently require the company to agree to certain terms.

The firm has taken a major step forward for the agreement to be approved by the authorities. Reuters reported their willingness to accept certain conditions, according to information revealed by the report. In addition, SAMR (or China’s State Market Regulatory Authority) stated in December that it was reviewing this merger agreement. Unfortunately, Tencent, Huya, DouYu, and even SAMR have yet to comment on this topic. He did not respond to any comments or questions.

After all this process, local market regulators took legal action. This move appeared to regulate the market. But this was also the anti-monopoly pressure of the Chinese government against local tech giants. According to Reuters, there has been no formal confirmation as the antitrust review against Tencent has not yet been completed.

Huya and DouYu are one of the most popular online cloud platforms in China. Both platforms rank first and second in their category. Game lovers use these platforms to follow E-sports events and professional players. The Chinese company Tencent is currently Huya’s largest shareholder, with 36.9 percent. It also contains about one-third of DouYu. The combination of these two platforms will have a positive impact on the company’s revenues.