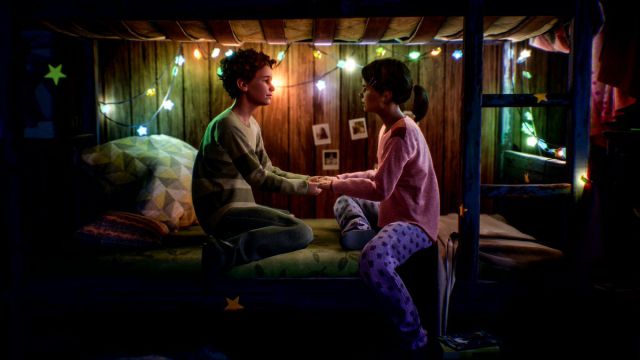 The Chinese giant invests in a minority stake to increase the capital of the company, which will continue to maintain its independence.

Tencent has invested 30 million euros in Dontnod Entertainment, a minority stake that does not compromise the studio’s independence, but that does take advantage of the capital increase of those responsible for Life is Strange, Tell me Why, Vampyr or Twin Mirror, which they currently have 6 games in production.

According to the information, the agreement will allow the French studio to expand its range of intellectual properties. The amount will be used “primarily” for those purposes, including promoting their future releases by themselves. Self-publishing seems to be a prominent element in Dontnod’s philosophy. Therefore, they will not need to go to publishers for the distribution of their video games.

Details about the names of these eventual new IPs have not transpired, but it is worth highlighting the studio’s tradition of always creating new licenses; With the exception of Life is Strange, which does have a prequel and sequel itself.

A final detail of the agreement is that Tencent will be in charge of processing the arrival of Dontnod Entertainment’s works to the Chinese market, a territory full of millions of players especially dedicated to the consumption of video games on mobile devices.

Dontnod Entertainment’s latest projects are Tell Me Why and Twin Mirror, both with a close relationship with Microsoft by maintaining an availability contract on Xbox Game Pass, Xbox’s on-demand games service for consoles, PC and mobile devices.

It is not the first time that Tencent has made such a move. The technology multinational is one of the largest companies on the planet, owner of Supercell; owner of 40% of Epic Games; 100% of Riot Games, Funcom and TiMi Studios … All this without counting companies in the entertainment sector and web portals.