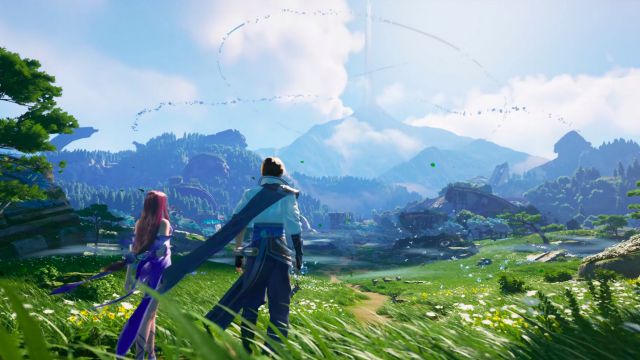 Tencent: The game is based on Honor of Kings, a previous title that has already swept China, where it reached 100 million active daily users. That Tencent is going to cause more than one earthquake in this industry is no secret. The Chinese company has spent years monopolizing news of acquisitions and purchases of studios (the last one related to Sumo Digital), as well as investments in developers such as Riot or Epic Games, or in titles such as PlayerUnknown’s Battlegrounds (PUBG) or Clash Royale. It has grown so much that it was to be expected that sooner or later we would start to know about the games and projects that it has in its hands, one of which it has announced today. This is Honor of Kings: World, an ambitious open-world action RPG in which he works together with TiMi Studio Group (the creators of Pokémon Unite, Call of Duty: Mobile or Arena of Valor, among many others). His presentation has come from the hand of a trailer in which he has surprised by its graphic and artistic section:

An unprecedented success in China

Honor of Kings: World does not have a launch date or confirmed platforms, but it is preceded by a previous delivery that arrived in the West a few years ago under the name of King of Glory (due to the inexplicable nature of the translations). This prequel was a MOBA that was launched in 2015 for iOS and Android, and which immediately became a hit in the Chinese market, reaching the figure of – be careful – 100 million daily active users. Yes, yes, you read that correctly. 100 million active daily users. In fact, it was one of the reasons for the rise of Tencent, since it is estimated that in 2017, 50% of the company’s video game revenues came from Honor of Kings, which generated close to 500 million profits per month.

For now, the only information revealed in this new chapter is the collaboration with science fiction writer Liu Cixin, winner of the prestigious Hugo award for best genre novel for The Problem of the Three Bodies. Cixin will be in charge of creating and extending the lore and universe of Honor of Kings with this sequel, visually unappealable for now.

Abandoned Has Leaked Footage of a 2019 PS4 Version