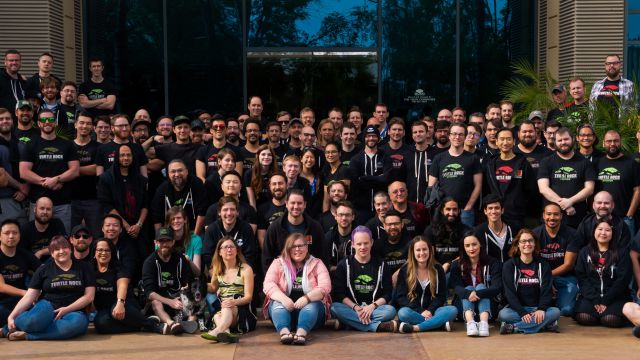 Tencent: Turtle Rock Studios, creators of Back 4 Blood and Left 4 Dead, are the new property of Chinese giant Tencent. They reveal that “they will maintain their autonomy.” Tencent acquires Turtle Rock Studios, makers of hits like Left 4 Dead and the recent Back 4 Blood. The Chinese company acquired Slamfire Inc, the company linked to the development study. Its co-founders, Phil Robb and Chris Ashton, will remain at the helm, in addition to their current teams. They also point out that the purchase will have no effect on Back 4 Blood, which was published by the Warner Bros. Games label.

“We are looking forward to joining the Tencent family of studios,” Steve Goldstein, president and CEO of Turtle Rock Studios, explained in a press release. “Tencent’s great collaborators, their global reach, their deep knowledge of the video game and their support will help us create those ambitious games that we have dreamed of, while allowing us to maintain our autonomy and independent spirit.”

Eddie Chan, head of strategy at Tencent Games Global, acknowledges that they are “huge fans” of Turtle Rock games for “their incredible approach to creating cooperative online games.” “We can’t wait to see what’s next, and we’re excited to be a part of its future,” he concludes.

How was Back 4 Blood?

In this house, Back 4 Blood achieved a rating of 8.2 out of 10. During the conclusions of our analysis we said that the title “knows how to make you enjoy yourself from the first moment”. “It is one of those cooperatives necessary for the genre thanks to its possibilities in the long term and how satisfactory it is in the short term.”

We highlighted the card system: “It is a success because it really influences the way you progress. It’s not just enough to be skilled; you also have to have a deck that fits well with the build you want to build ”. On the negative side, instead, we pointed out the “inconsistent generation of special enemies” and the presence of bots, which “are of very little use”. You can read the full text at this link.