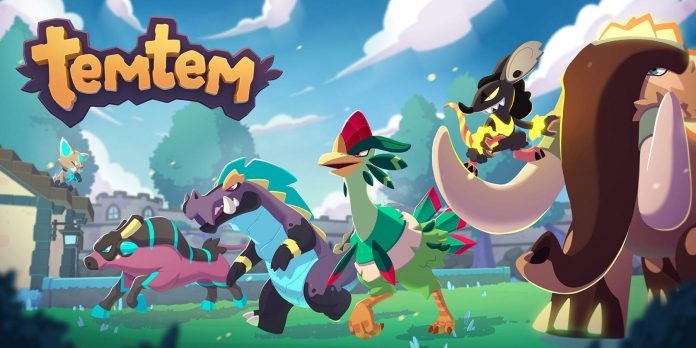 Pokemon-like monster battler Temtem will soon leave early access and has published a new trailer showing many of the additions that the 1.0 update will bring to the game. Temtem fans can expect a lot of new activities at the end of the game that will test the composition of their teams, as well as their tactical skills.

Temtem was collected on Kickstarter in 2018 with the aim of raising 61,000 euros and entered the Steam early Access program in 2020, selling more than 500,000 copies in the first month. Temtem is an MMO variant dedicated to collecting Pokemon monsters. Players explore the soaring islands of the Airborne Archipelago, capturing Temtem creatures to battle both players and NPC temtem trainers, with a metroidvania-style exploration that encourages returning to previous locations after acquiring new abilities. During the early access period, Temtem had a lot of content updates, as the Spanish studio Crema is preparing for the full release of the game.

Temtem has announced the release date and trailer for Update 1.0, which adds a lot of new features to the game. On the new island to explore, Tamer’s Paradise, there are several different tasks for temtem tamers. In Archtamer’s Sanctum, players will form a squad to defeat some of the strongest temtem tamers, with rewards at the end for players who have defeated all opponents. without losing. There is also an arena where players battle increasingly difficult holo-tamers, and players can either assemble their own squad or face holo-tamers in draft mode with a random theme.

Several other new areas will test the player’s skills, including Digiland, TemSafari and Ever Shifting Tower. Digiland is a digital battlefield where players can fight in specially created matches in which successful challengers are rewarded with Temtem eggs to help build their collection of creatures. Each week in TemSafari, players are limited to one category of Temtem, while various positive and negative modifiers will be applied, such as Wind Temtem, which deals increased damage, or Rivals, starting each battle with the effect of poisoning status. In Ever Shifting Tower, players fight their way up the tower for rewards that can be spent in a new mall that has a variety of decorations for the player’s home.

Gamers looking for an alternative to Pokemon can look forward to the release of Temtem 1.0 on September 6, followed by new weekly events, as well as new seasons and themes every few months.

Temtem is currently in early access on PC and PS5 and will be available on Switch and Xbox Series X/S at launch.

The creator of Gravity Falls shared some strange requests for changes...