Home Entertainment Telltale To Announce “News Soon” On The Wolf Among Us 2 And... 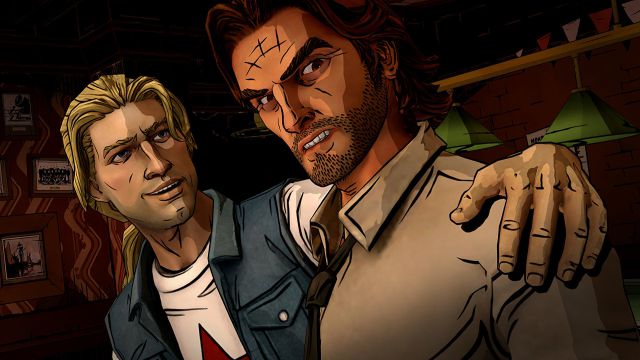 Telltale: The company is also working on an adaptation of The Expanse, the Amazon series, which it develops with the creators of Life is Strange: True Colors. Telltale Games died in bankruptcy, a tough process that wiped out some of the video games they had in development; others like The Walking Dead were completed by other studios. However, LCG Entertainment acquired the name and some of the licenses, so the studio has returned with new projects such as The Expanse or The Wolf Among Us 2. The latter was the first novelty to be announced, but since then they have remained. in relative silence. When will new details be revealed? Very soon, according to Telltale herself.

“In December 2019 we announced that The Wolf Among Us 2 was in pre-production. The team is working hard, but you may have noticed that we have not said anything at The Game Awards ”, they have written in the official blog. “We know that you, our fans, have been incredibly patient and supportive of us. We are also aware that you have a lot of questions about what is happening in Telltale (and in Fabletown), we see it every day on social networks ”. The good news is that they will be able to “answer some of these questions soon.”

GameInformer will include in its number 342 some type of content related to Telltale Games. “We’re going to open up about our games, the work on the new engine, as well as how Telltale is rebuilding its new studio.” In addition, they anticipate that they have something prepared for early 2022, although of course they have not released a pledge.

The Expanse, the new video game from Telltale Games, is developed together with Deck Nine Games, the makers of Life is Strange: True Colors. The company reports that the production of this video game does not affect other products they are working on. The production model is based on internal developments, but with the participation of external partners such as Deck Nine.

Law & Order: SVU: Kelli Giddish confesses what she felt when...