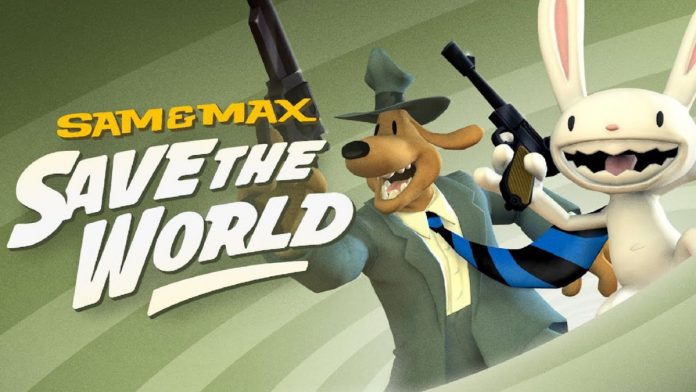 Former developers of the company bought the rights after Telltale’s bankruptcy in 2018, so the classic returns to PC and Nintendo Switch.

Sam & Max: Save the World Remastered is a reality. The original Telltale Games game has returned to stores with Skunkape Games, a new studio born from the ashes of the creators of Telltale’s The Walking Dead. This was announced by the developer herself in a publication on Reddit, where they have also announced the project and its official website. Thus, the first season of the video game is now available on Nintendo Switch and PC, through Steam and GOG. It costs 16.79 euros, but those who have the original game can buy it at half price until January 15.

This version introduces graphic improvements and compatibility with widescreen monitors (16: 9) and controllers. Character models have been modified, while some action scenes have been re-recorded. Original composer Jared Emerson-Johnson has composed five new jazz pieces.

“When the game came out episodically in 2006 and 2007 it was one of Telltale’s first games, but the studio later designed The Walking Dead, The Wolf Among Us, Batman and more, so we learned a lot in the process.” During that period, the graphics engine was improving, as well as other technological tools with which they developed their video games. On their website they explain that at first they planned to launch a patch on PC for Sam & Max, but the ambitions grew little by little. In addition, they wanted to fix some errors that the product had dragged on since its release.

Skunkape Games, made up of former Telltale employees, took over the rights to the brand when the economic crash occurred in 2018. As is known, the company itself was later resurrected by LCG Entertainment, which is already working on the sequel to The Wolf Among Us. However, this company has nothing to do with the remastering of Sam & Max, although they assure that the new Telltale has helped them with logistical issues.

Two Members of the AMD Ryzen Pro 4000 Series Reveal at...