Home Entertainment Telltale Games refuses to say whether The Wolf Among Us 2 or... 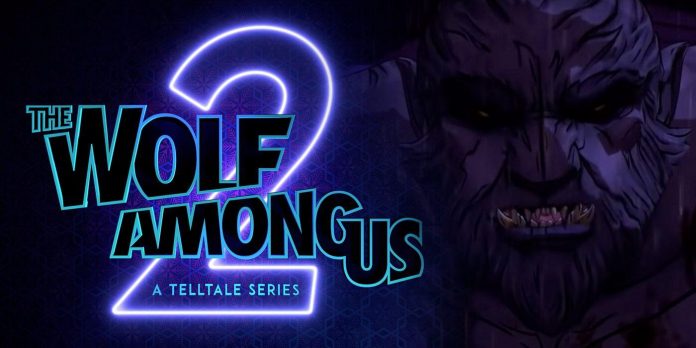 Answering the question, the official Telltale Games account on Twitter did not confirm that The Wolf Among Us 2 or The Expanse will be released first, although both are scheduled for release in 2023. Since Telltale Games was more or less reformed, fans were happy to see how the current studio copes with the episodic adventures that the company is known for. His return came at the same time as the announcement of The Wolf Among Us 2, and it happened back at The Game Awards in 2019.

Another Telltale Games project, The Expanse, was announced in 2021. The Wolf Among Us 2 continues the story of Bigby Wolf in the country of Fabletown, and The Expanse takes place in the titular universe aboard the ship Artemis in the role of XO Camina Drummer. Both games cause a lot of hype around them, and if they both come out next year, it could be a good return to form for Telltale Games.

Many may assume that The Wolf Among Us 2 comes out first, since it was announced first, but this is not always the case in the gaming industry. So, when Telltale Games’ Twitter account says it cannot confirm which of the games will be released first (but remains adamant that both of them will be released in 2023), this is an understandable statement. This is not a cause for concern. What’s good is that shortly before that, Telltale’s account said that it intends to let “developers, developers” and wants to avoid too much hype too soon.

Given the recent tendency of some companies to announce games too early, this is a breath of fresh air. For example, Todd Howard from Bethesda recently said that Fallout 5 will be the next game after The Elder Scrolls 6, but the latter is not yet close to release, and the company’s next game, Starfield, has not even been released yet. Knowing that Fallout has a future is good, but knowing that it’s still ten years away is not very useful.

While fans still have to wait for The Wolf Among Us 2 and The Expanse, most of the trailers and development news have been mostly positive. In the case of The Wolf Among Us 2, fans know that the reformed Telltale Games does not use any of the materials created before the closure of the previous Telltale, and that each episode of The Wolf Among Us 2 is being developed simultaneously. While the episode structure isn’t going anywhere, having every episode available on the first day should make a big difference to getting fans back (and hopefully attracting some newcomers).

“The Wolf among Us 2” and “Space” are in development.

HBO Max: What is the most popular series on the platform...