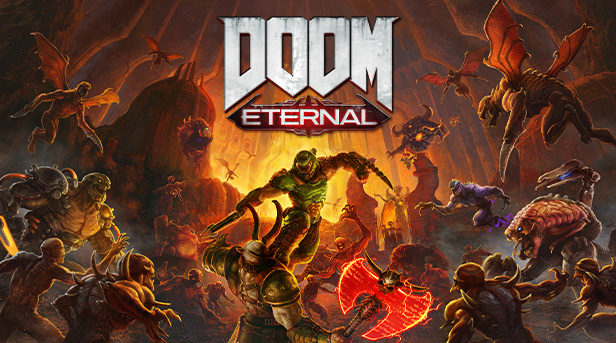 Today’s commercial film of the expected new game of the legendary DOOM series, DOOM Eternal, was held on the ball by DOOM fans. The reason for this was the music used in advertising.

What is the first thing that comes to your mind when you remember the name of the legendary game series DOOM? Creatures, colossal weapons, the strangest and scariest places in the world, and, of course, endless action … Besides all this, of course, there is another factor that connects players to DOOM.

Many DOOM fans around the world love the game especially because of their music. Written in shades where metal can be the most metal, these pieces contribute to the crazy and insatiable atmosphere of DOOM and attract players more into the game.

‘Mumble rap’ inspirations in DOOM Eternal’s new commercial:
The pieces in the DOOM game released in 2016 were well liked by their fans. Even the video of DOOM tracks uploaded to YouTube by Bethesda only has 9 million views. If we consider the number of views of the songs added by other people, we can understand how much these songs are loved.

In the expected new game of the DOOM series, we will probably see similar themes in DOOM Eternal, but the team of DOOM Eternal has considered putting a completely different kind of music in the background for their commercials on television. Integrated with metal music, DOOM came up with mumble rap, today’s popular music genre. You can watch the commercial film below our article to see the results of this combination.

The 30-second commercial, aired on Bethesda’s official YouTube channel, was held on the ball by DOOM fans. So much so that the official commercial film of DOOM Eternal has 11,000 dislikes compared to 4 thousand likes. So fans complain about the metal music being replaced by mumble rap.

Many people who do not like DOOM Eternal’s commercials complain that the music does not reflect the ‘shredding’ mood of DOOM. It is not known why Bethesda made her choice of music in this direction, but the developers may be trying to reach more people.

Here is the DOOM Eternal commercial with mumble rap: