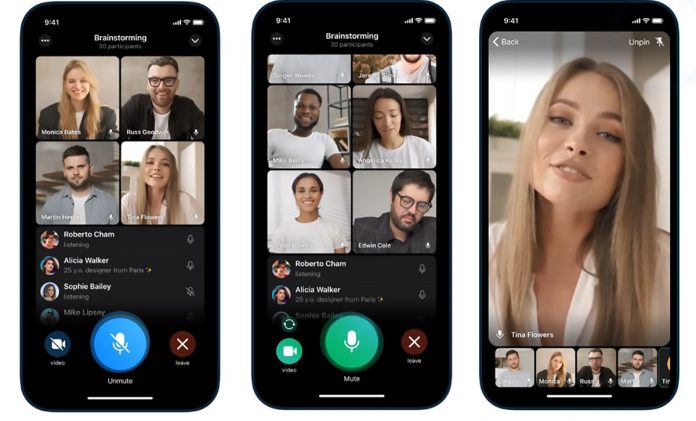 Telegram new update has arrived. The group video calling feature, which has been on the agenda for a while, has finally been offered to users with the new Telegram update.

Telegram, which has grown rapidly after the WhatsApp protest, has been downloaded by more than 500 million users in a short time. The application, which has 55 million daily active users, offers users more advanced features than WhatsApp.

The bot feature, which can be created by users and offers remote control, is among the most used features in Telegram. Although Telegram comes with advanced features, it has some important shortcomings.

The video calling feature, which has been on the agenda for a long time and has been criticized by many users, finally came to Telegram. The company offered this feature to users with the update it released today.

Users will be able to screen share during video calls. Thanks to the advanced noise canceling feature developed by the company, users’ voices will be transmitted in the best possible way.

With the new update, Telegram also gives the opportunity to replace chat backgrounds with animated images. The company underlines that such a feature is used for the first time in chat applications. The application allows users to create their own animations thanks to its animation editor feature.

The Telegram update released today is now available for download on all platforms, including Windows, macOS, and Linux.