Home Tech Telegram founder’s amazing statement: Use any app you want, except WhatsApp! 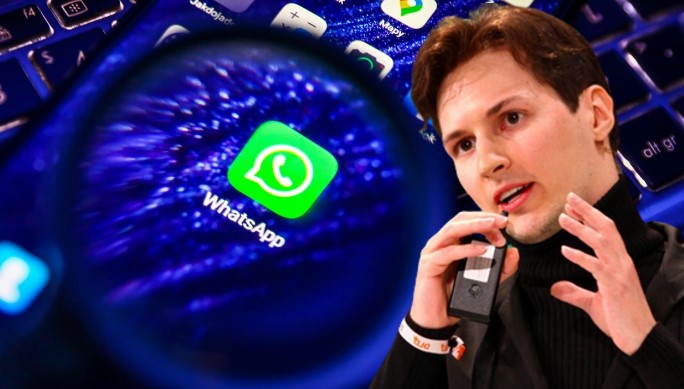 Pavel Durov, co-founder of the popular Telegram messenger, has made contradictory statements about WhatsApp. The well-known entrepreneur said that if people don’t want their information to be compromised, they should stay away from WhatsApp. So, is WhatsApp really insecure? We’ll see.

Thanks to the rapid development of the Internet, every person in the world now uses messaging methods to communicate with each other. WhatsApp and Telegram are also among the most well-known platforms in this regard. Of course, the reliability of such applications used by so many people comes to the fore from time to time.

Now the Telegram co-founder has made a statement about this. Pavel Durov, a 37-year-old billionaire entrepreneur, made startling statements about WhatsApp and said that its biggest competitors are not protected.

Durov, one of the founders of Telegram, which has more than 700 million active users, has made contradictory statements, saying that people should stay away from WhatsApp if they don’t want their devices to be hijacked by intruders. According to a report by the Independent, the entrepreneur mentioned a vulnerability spread on WhatsApp last week that allowed a hacker to take over a user’s phone by sending a malicious video.

Making a statement from Telegram, Durov said: “Hackers can get access to everything (!) on WhatsApp users’ phones. Every year we hear about problems in WhatsApp that endanger users’ devices. You don’t have to be the richest person in the world. If WhatsApp is installed on your phone, you can access all the data in all the apps on your phone.

WhatsApp recently reported that it had discovered two critical vulnerabilities. The platform, which updated its page with security tips, stated that the first vulnerability allows third parties to make video calls on your behalf, and the second allows you to integrate malicious code into the sent videos and these codes work. Among the explanations was also that the vulnerabilities have been fixed and users need to upgrade.

Durov’s harsh statements about the platform followed. The entrepreneur also stated that he does not force people to switch to Telegram, the platform does not need it. Finally, Pavlov added, “You can use any messaging app, but stay away from WhatsApp.”

So is WhatsApp really insecure?

WhatsApp, operating under the auspices of Meta, uses end-to-end encryption, like Telegram’s secret chats, and therefore describes it as very secure. The platform also informs on its website that with this feature, users’ messages and calls are safe and that no one can interfere. It is claimed that even WhatsApp itself does not have access to critical information.

According to Business Insider, WhatsApp always uses encryption for every chat. This shows that the platform has much more advanced security than other channels such as Instagram, Snapchat and Twitter. The giant messaging app has previously openly talked about security issues.

To sum up, it cannot be said that any messaging application is completely secure. However, WhatsApp, which has more than 2 billion users, is considered more secure than others, thanks to the advanced security methods used in it.

Nintendo Switch eShop deals: Up to 75% off