Home Entertainment Tektoker Creates a Spreadsheet to Track the Progress of All the Men... 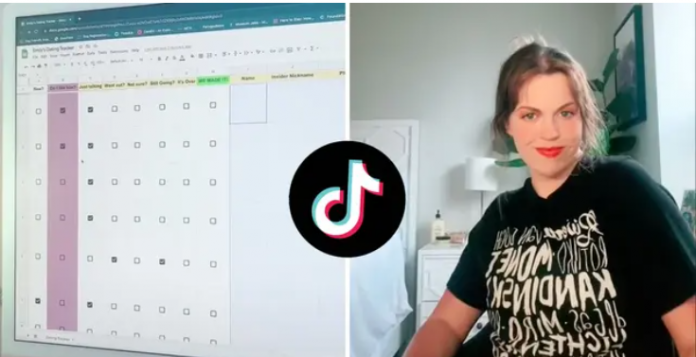 TikToker went viral after sharing a detailed Excel spreadsheet she created to track the progress of all the men she’s dating.

Emily, who posts on TikTok under the pseudonym crushletumble00, shared a video of her “Dating Tracking,” which included notes and photos of her love interests.

“How do you keep track of all the men you talk to with Emily?” she asked in the viral video, before showing off a massive spreadsheet on her computer.

In another video, she suggested taking a closer look at a color-coded Excel sheet that has columns with checkboxes. The columns described in detail what stage the relationship was at, from “New in the mix”, “It’s over” to “WE DID IT!”

The red tab on the Excel sheet is used to track her “No”, all the guys she rejected, and the orange tab is for those who are “just friends”.

Emily explained that if she met a potential boyfriend, she would use a spreadsheet to document how their date went, with detailed notes about where it happened and what she liked or disliked.

Many TikTok users have shared in the comments how impressed they are with Emily’s spreadsheet skills.

“Besti, you’re missing out on a million—dollar career in project management with these Excel skills,” one of them wrote.

“I need to go back to dating to use this sheet,” another added.

“I can’t even get an answer, let alone make an entire spreadsheet for multiple people,” someone joked.

Others were confused as to why TikToker needed a dating table.

— Hmm, why do you need it? Talking to so many people, are you confused?” one of them asked, to which Emily replied that she was “VERY forgetful, so it helps not to go astray.”

Free and Sale Games This Weekend: CoD Vanguard, Battlefield 2042 and...