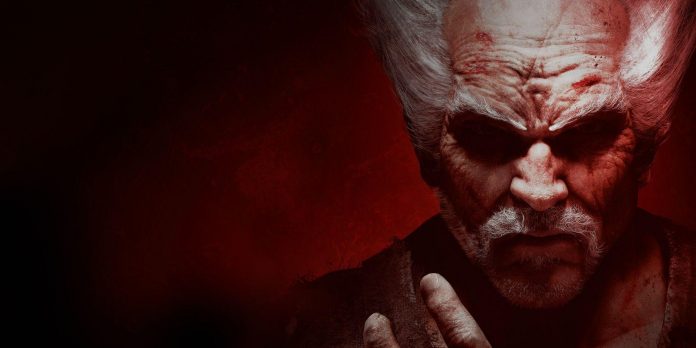 Since the debut of Tekken in 1994, Heihachi Mishima has been one of the few ubiquitous characters in the popular fighting game series. He plays a key role in the history of the franchise, given his position as the patriarch of the Mishima family, which is the core around which the entire plot is formed. Heihachi regularly served as one of, if not the main, main antagonist of the Tekken series. However, after the events of Tekken 7 and Heihachi’s supposed death at the hands of his son Kazuya, his inclusion in the upcoming Tekken 8 is questioned.

At the moment, based on the first Tekken 8 trailer shown during the September screening of State of Play, only Jin Kazama and his father Kazuya Mishima have been confirmed to return. It’s probably safe to assume that people like Paul Phoenix and Nina Williams, two more ubiquitous, will also join them along with a few others. The Tekken roster has been relatively stable over the years: a few popular fighters have come and gone, but a strong core group of fighters has remained for most of the core games. Heihachi is pretty much part of the core group, and while his supposed demise seems to close the door for a comeback, he has already played dice with death several times and has always come back stronger than ever.

Heihachi is no stranger to death

While it seems unthinkable to think of a new Tekken game that doesn’t feature Heihachi, many wonder if the trailer’s attention to his offspring might indicate a shift in the series’ knowledge. The treacherous old warrior was constantly the main cause of conflicts in the Mishima family. Fighting with his son Kazuya Mishima, grandson Jin or wife Kazumi, each of whom is a carrier of a powerful Devil gene, Heihachi is always in the spotlight. He tried many times to learn more and experiment with this devil gene throughout the series, completely not caring about the safety of his loved ones. To say that he heads a dysfunctional family means to say nothing, and although his motives were not always sadistic, over the years he made a number of selfish decisions that had devastating consequences for his family.

Heihachi is a sadist by nature and has a cruel streak, because of which he committed terrible deeds. Some of his worst moments include throwing his five-year-old son Kazuya off a cliff, killing his wife Kazumi Mishima after her devil gene was discovered, shooting his grandson Jin in the head, and jailing his father Jinpachi for more than 20 years. His desire for power and domination knows no bounds, and over the years he has gone to great lengths to try to make himself and his company, Mishima Zaibatsu, more powerful.

The patriarch of the Mishima family has survived numerous attempts on his life before, including being thrown into the volcano by Kazuya after the events in the first game, and years later being attacked by waves of JACK robots armed with weapons before being caught after the explosion. In the climax of Tekken 7, Kazuya finally defeated his father after an epic battle at the mouth of another volcano. To make sure that his father was really dead this time, Kazuya threw Heihachi’s body into the magma river. As for the deaths in video games, it seems pretty convincing.

Despite this, many fans still expect Heihachi to appear in Tekken 8. Given the franchise’s connection to supernatural beings such as Ogre, Azazel and the vengeful spirit that resurrected and possessed Jinpachi Mishima, it is quite possible that Heihachi will appear. come back in some kind of inhuman form. Whether it will be a demon, a ghost, a cyborg or something else remains to be seen. One thing is for sure: the absence of Heihachi in Tekken 8 would indicate the desire of the developer Bandai Namco to direct the series in a new direction and would mean the end of a long legacy of one person full of blood and destruction.

Tekken 8 is currently in development for PC, PS5 and Xbox Series X/S.