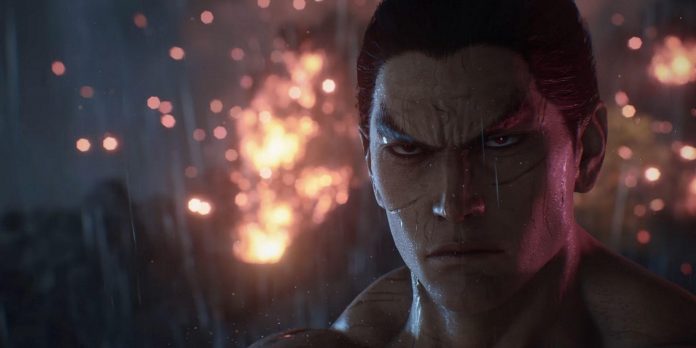 It was recently confirmed that Tekken 8 is in development and that the studio will use Unreal Engine 5 to create it. With a long history spanning decades, the series has been a staple for many gamers, and the third installment has become one of the best fighting games of all time, along with games such as Street Fighter 4 and Soul Caliber. The fact that there are eight parts in the franchise plus several spin-offs does not seem to have reduced the popularity of the games.

The fact that Tekken 8 is in development became known during the PlayStation State of Play event on September 13. The trailer shows a high-octane battle between the two main characters of the series, Jin Kazama and Kazuya Mishima. In the teaser, special attention is paid to the details of the character models, as well as nuances such as raindrops rolling off their faces. There is no release date for this upcoming game at the moment, but the trailer itself gives the impression that it will be another interesting entry, and a recent interview with the studio revealed some details about the game.

In a recent interview with IGN, Bandai Namco Entertainment general manager Katsuhiro Harada said that the team switched to Unreal Engine 5 for this part of Tekken. This will be the second game in the series to use Epic Unreal software, with 2017’s Tekken 7 using UE4. Prior to that, the games used their own development kits. Harada says he is very excited about the transition to UE5, adding that all models from Tekken 7 have been “completely dropped” and everything has been rebuilt to Unreal. He goes on to say that Tekken 8 originally started on Unreal Engine 4 before resources were migrated to the new software.

Over the years, Unreal Engine has become one of the most powerful and best video game engines. Its fifth iteration is currently being used to create some hotly anticipated games such as Redfall, Layers of Fears and new installments of the Witcher and Tomb Raider franchises.

As for the fighting game series itself, Tekken dates back to the PlayStation 1 era, and three games have been released on this console alone. Like Mortal Kombat or Street Fighter, Bandai Namco’s intellectual property has survived the centuries, moving along with game development technologies, but still largely preserving what made classic releases so beloved.

Tekken 8 is in development for the PS5.

Peter Jackson Used Hypnosis to Forget the Lord of the Rings...