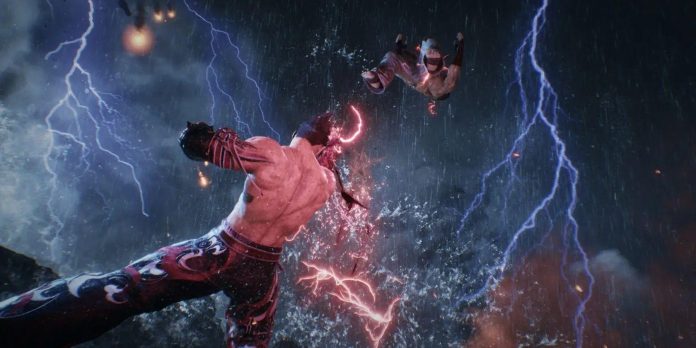 Bandai Namco is officially working on Tekken 8, as the developer announced as part of the PlayStation State of Play on Tuesday. Tekken fans have been eagerly awaiting news about the future of the franchise after Bandai Namco released a major teaser during EVO 2022. However, few expected an unexpected announcement during the September PlayStation State of Play. These fans probably won’t complain too much now that it’s clear that Tekken 8 is coming soon.

The teaser of Tekken 8, shown during EVO 2022, gave little away. Fans were pointed to a screen above the EVO stage, on which an eight-second video was played. The video begins with an excerpt from the original Tekken, where Kazuya throws her father Heihachi off a cliff, and then turns to the screen and grins. Only, as the original Kazuya of the PlayStation era grinned, he turned into a modern high-quality version of himself. The video then ended with the message “Get ready.”

Tekken fans are hopefully ready now, as the announcing PlayStation State of Play trailer for Tekken 8 didn’t hold back. The trailer, shot from the PlayStation 5, began with a cinematic fight between Kazuya and his son Jin Kazama. The trailer then cuts directly to the gameplay, where a couple is fighting on a rocky stage, rain is pouring and lightning crackles in the background. The trailer ends with Jin activating his Devil gene to gain an advantage in battle.

A blog post from Tekken 8 chief producer Katsuhiro Harada has since confirmed that this scene is taken from the Tekken 8 story mode. This is a real-time gameplay with a frequency of 60 frames per second on Playstation 5. Harada asks Tekken fans to pay attention to the updated character models, the way raindrops roll off the skin of the characters, dynamic weather effects on stage and smooth transitions between gameplay and cinematic effect. Harada hopes that it has become clear how Tekken 8 is “different” from Tekken 7.

To say that Tekken 8 is different from Tekken 7 is to greatly exaggerate. Tekken 7 was originally released for arcade machines in 2015, and in 2017 appeared on PCs and consoles. This game is already seven years old. This does not mean that Tekken 8 is not visually impressive, it is absolutely true, but it is also clear that it is more than just a step forward.

While today’s announcement trailer for Tekken 8 is certainly more informative than the teaser unveiled during EVO 2022, it is also a teaser in itself. Harada confirms that while Tekken 8 is in development, Bandai Namco isn’t far enough away yet to confirm a release date. He asks fans to “wait a little bit longer,” which will probably be easier for them to do after the gameplay of Tekken 8 has been published.

Tekken 8 is in development for the PS5.