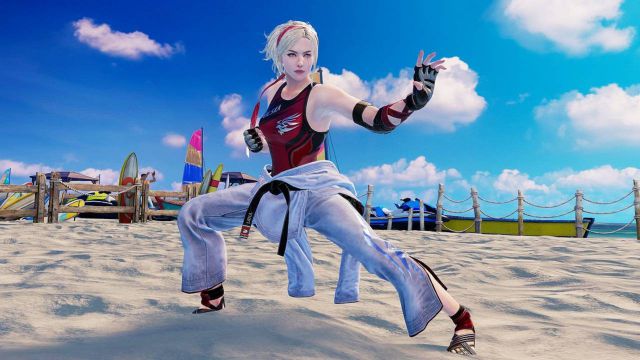 This character, a Polish karateka very interested in politics, has not appeared in any previous installment of the saga.

The Tekken 7 season pass 4 comes to an end, but first it will receive a new fighter, which will be available from next Tuesday, March 23. This has been confirmed by Bandai Namco in a press release, in which it has presented Lidia Sobieska as the new addition to the grid of controllable characters. Those who have the season pass will receive it with the update, although it can also be purchased separately, as is usually the case.

They describe Lidia as a very honest woman and firm in her convictions. She believes that absolute power is necessary to achieve justice, which is why she showed interest in karate from a very young age. The untimely death of her father fueled her interest in politics, which was the big business of her family. She is a multifaceted character. At age 18 she managed to win her first karate world championship; later on, she emerged as one of the youngest political stars on the Polish political scene.

When the word is not enough, fists

In the background you can glimpse the war started by Mishima Zaibatsu, which is damaging her country. Faced with this situation, she decides to use her fists to fix the situation. In addition to being able to enjoy the abilities of Lidia Sobieska, those who have purchased the Season Pass 4 will also be able to play in a new scenario, Island Paradise. It is a dream place, at least in appearance, because in that place bloody confrontations take place.

Tekken 7 is available on PS4, Xbox One and PC, although it is also perfectly playable on Xbox Series X, Xbox Series S and PS5, thanks to backward compatibility. It recently came to light that Katsuhiro Harada, head of the Tekken saga, has opened a secret bar in Tokyo. He has promised that he will reveal the exact location later, but for now he is inviting some developers to chat about various aspects of the industry.

WandaVision: director and screenwriter talk about the finale