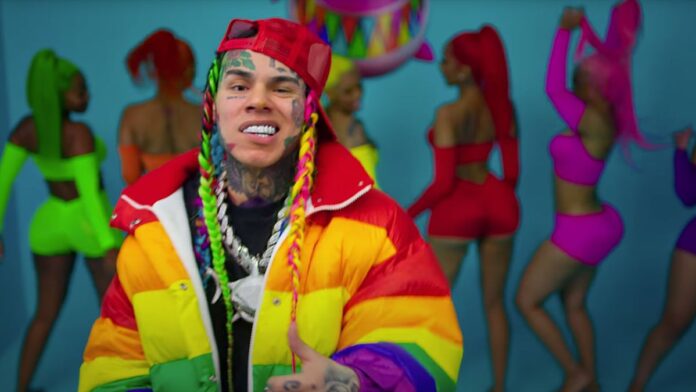 Tekashi 6ix9ine is taking advantage of his time on probation, so he already surprised his fans with new music.

Tekashi 6ix9ine finally obtained his probation and was able to return to the world of music , so he has quickly surprised his followers with a new tune titled GOOBA , for which he recorded a music video that is already available on YouTube.

The rapper had been sentenced to two years in prison for carrying weapons, but recently applied for parole out of fear of the COVID-19 outbreak , having previously suffered from bronchitis.

Shortly after completing his sentence, Tekashi managed to get a house arrest for his last 4 months serving the punishment, during which time he promised to work on new music with his record label. The result of his effort begins to show, since he has already released a new song accompanied by his music video.

The name of the melody is GOOBA and its YouTube video already has 35 million views. It is a clip with colorful spaces and costumes that once again shows Tekashi’s eccentric personality .

In addition, the rapper made a live broadcast from his Instagram account to celebrate this launch , which broke an audience record by reaching 2 million viewers on this platform.

Previously the rapper said he would like to release new music in Spanish and English , so his fans have been keeping an eye on the work and updates that this artist shows.

Dua Lipa reveals how she has lived the quarantine with Anwar...