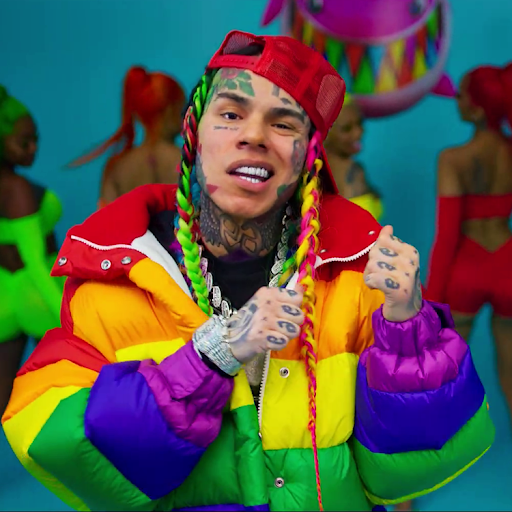 Tekashi 6ix9ine will have to face each other again in court. Two victims of her gang demand compensation for their crimes

Tekashi 6ix9ine was sued Tuesday by two victims of an April 2018 robbery carried out by his former gang partners. He recorded video of the attack from a nearby van, according to the Manhattan federal court suit.

The victims, the publicists, Seketha Wonzer (known professionally as Skyy L. Daniels) and Kevin Dozier, said they “suffered great harm, including the loss of important property and an avalanche of serious emotional distress.”

The rapper, whose legal name is Daniel Hernandez, admitted to being involved in this theft on January 23, 2019, when he pleaded guilty to charges related to his membership in the Bloods Nine Trey Gangsta Bloods gang.

Hernandez had said the target was a “rival of Nine Trey in Manhattan.”

Wonzer and Dozier were no match for the gang. “According to information and belief, this theft was the result of mistaken identity because [Hernández] and his ‘team’ mistook the Plaintiffs for members of a rival organization,” the lawsuit says.

“During the armed robbery, the assailants yelled at the plaintiffs ‘fuck Rap-a-lot,’ apparently referring to an alleged rival organization, Rap-A-Lot Records.”

Wonzer believes she was targeted because she is from Texas and Rap-A-Lot has “strong ties” to that state. She and Rap-A-Lot have previously contributed to the same charity events, according to the lawsuit.

The thieves stole Wonzer’s backpack. The bag contained six hard drives, containing 12 years of customer information, business materials, and music teachers. They took around $ 1,500 in cash and a gold chain from Dozier, which was “the last personal item Dozier had from his deceased father.”

Prior to Hernandez’s sentencing in December 2019, Wonzer and Dozier sent letters to the court, urging the judge to think of them when deciding his sentence. “I am an ex-military and have seen my share of the violence, but I have never been so scared when the cold hard metal pistol was pressed against my abdomen,” wrote Dozier.

“I feel that Daniel Hernandez, Tekashi 6ix9ine, is responsible and should be legally and monetarily responsible for emotional distress, damages, losses and much more,” Wonzer said in his letter.

When asked for comment, one of Hernández’s lawyers, Lance Lazzaro, said in a text: “We will defend the lawsuit vigorously.” We will share more details of the lawsuit in La Verdad Noticias, as they are revealed.

The next 2 Keanu Reeves films would arrive in digital format