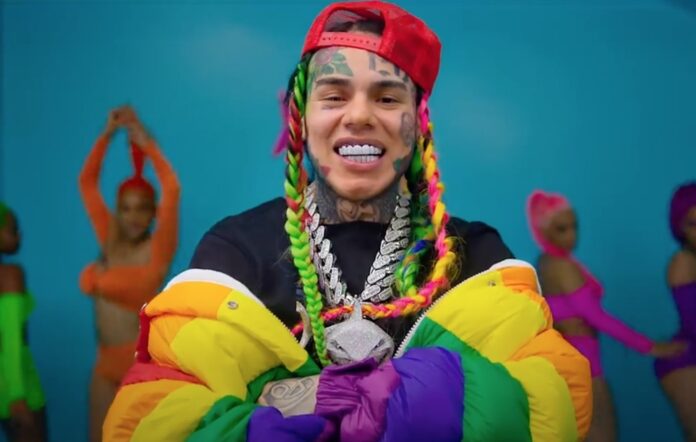 Tekashi 6ix9ine delivered on its promise of a new collaboration and fan speculation was correct as the single featured Nicki Minaj.

The song called “Trollz” s was released along with a super colorful video, without losing the rapper’s style and despite the controversies in which he has been involved he managed to break a new record in his career, we will tell you the details.

Stop playin wit me …. who made this?

The video has been released for more than 24 hours, but before the end of the first day of release, it managed to collect more than 46 million views on YouTube , positioning itself as one of the clips with the best debut for a rapper.

The song also made its debut on #25 of the Spotify chart, the singer has gradually been restoring his musical career after going through a serious legal situation, which is ending with house arrest.

So far, the video already has more than 50 million views, the rapper has even invited his fans to buy the 4 copies allowed per person, a hint towards Billboard, because this time he wants to reach #1 on his chart and assured they will not cheat you.

Part of the Trollz proceeds will go to a fund for those who cannot pay their bail after being arrested for protests on behalf of George Floyd as part of the Black Lives Matter movement.

The rapper hopes that he can position himself at the top of the Billboard, after having criticized Justin Bieber and Ariana Grande for allegedly cheating on the sales of “Stuck With U”, as he believes that they altered the figures to steal the first place.

Horoscopes for the weekend, the stars predict your future