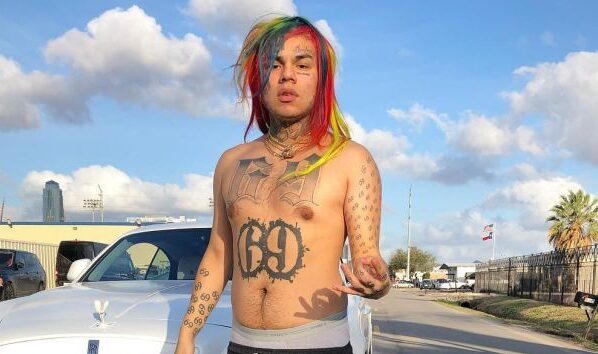 Tekashi 6ix9ine has created controversy since his return to the music scene. The rapper got his probation and released his first single “GOOBA”, with which he broke a record for plays on its first day of release.

However, the rapper claimed that Billboard cheated so that his single did not reach # 1 on his chart, but it seems that there is another problem with his music: he may have infringed copyrights, we will tell you what happened.

Through social networks, some users reported that the GOOBA video was no longer available on the YouTube platform, apparently it was caused by a complaint made by an African producer.

The musician known as Magix Enga, claimed the copyright for the music that was used by Tekashi. Although the rapper didn’t plagiarize his work, he apparently sampled for GOOBA. This technique is known for taking musical fragments and incorporating them into a new track.

However, it appears that Tekashi did not credit him for his work, so the music producer took steps to ensure that his work was not used without his permission.

Although the video was off the platform for a couple of hours, it is already available again, even continuing to add views, with more than 230 million views. So far, Tekashi has not stated anything about it.