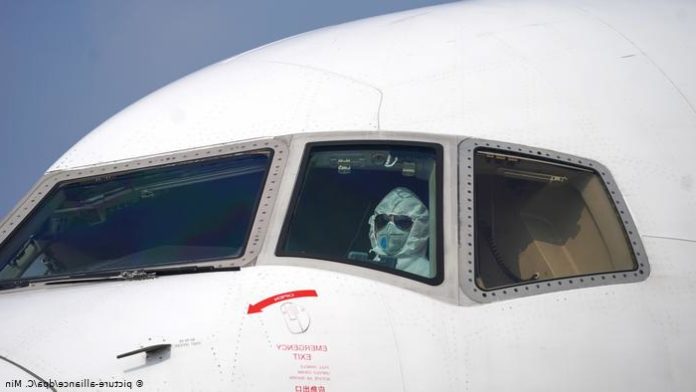 The plane of Turkish Airlines , which makes the Tehran-Istanbul flight, made an emergency landing at Ankara Esenboğa Airport with the suspicion of the new type of corona virus COVID-19. The body temperature of 17 passengers on the plane was reported to be above the critical level.

The new type of corona virus, which has spread to the world from Wuhan city of China and spread to more than 80 thousand people, has put Ankara on alert. Turkish Airlines TK879, which made the Tehran-Istanbul flight, made an emergency landing to Esenboğa Airport due to the suspicion of COVID-19.

The aircraft, which has a total of 132 passengers, is suspected of having a new type of corona virus in 17 passengers. It is stated that some of the passengers whose body temperatures exceeded the critical level came from the city of Kum, Iran. According to the information conveyed, the pre-examinations of the passengers on the plane were carried out under the supervision of Ankara Health Directorate and Ministry officials under the coordination of the Ministry of Health. The Ministry of Health teams are said to be entering the plane for a second check at 12:30 and the screening is ongoing.

In the video below, it appears that the medical teams are keeping the area under control
Making a statement on the subject, Health Minister Fahrettin Koca stated that 132 passengers and crew will be kept under observation for 14 days. Stating that there are people with fever and cough on the plane and they have decided to take down the plane with suspicion of corona virus, Koca stated that the final results will be announced after 3-4 hours.

The passenger and crew, in Ankara, previously evacuated and prepared as a quarantine hospital. Explaining that he will be transferred to Zekai Tahir Burak Hospital, the Minister of Health shared the information that the samples will be taken after the health checks have been completed and the tests will be completed in the National Virology Laboratory.

Turkey, as of February 23 was closed border crossings with Iran on indefinitely. land between the two countries, despite the suspension of railway and air passages, from Turkey to Iran or from Iran expeditions organized for private citizens who want to return to Turkey. As of yesterday, it was announced that the number of new types of corona virus in Iran increased to 47 and the number of dead to 12. In case of new developments regarding the subject, we will continue to inform you.