Home Music News Tegan and Sarah — review of “Crybaby”: the most adventurous recording of... 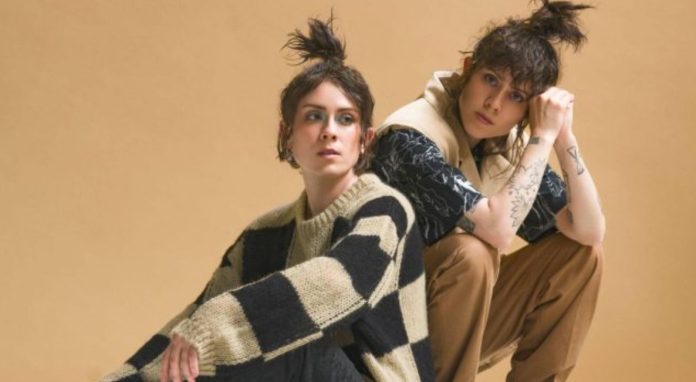 The number 10 album from the Canadian sisters shows that the couple is to some extent bridging the gap between their emo rock in the old days and their more recent synthpop image.

It’s fair to say that Tegan and Sarah Queen have been reveling in nostalgia lately. In the 2019 film “Hey, I’m Just Like You,” released as an analogue of their memoir about growing up, “High School” (on which a TV series was recently filmed), the Calgary twins revisited the demos they wrote as teenagers, giving them a synth-pop spray paint. Then in February, the duo released their pandemic project “Still Jealous”, which reinterpreted their 2004 LP “So Jealous”.

“Crybaby”, the Canadian couple’s tenth studio album, brings them back to the present and is the complete opposite of the stripped-down style of “Still Jealous”. The process of writing “Crybaby” began during the pandemic, when Tegan used the Keezy sampling app to record a couple of “buggy, low-fi” pop demos in the bedroom. In the end, going into the studio with St. Vincent employee John Congleton, these rough sketches turned into the exciting opening two tracks of “Crybaby”: a brash, full of anxiety power pop, opening the song “I can’t grow” (written about the fact that I’m not able to break the vicious circle of bad habits in relationships) and a great mid-tempo ballad in neon tones All I Wanted.

Tegan and Sarah originally intended to record only a couple of individual singles, but they got so carried away with creativity that then full-fledged album recordings took place. This release also marks their most collaborative work: for the first time, the sisters analyzed the songs on “Crybaby” together (rather than working as two separate islands) during the writing and recording process.

Previously aimed at the mainstream back in 2013 with their glossy, handbrake, turn of the album “Heartthrob”, “Crybaby” at times acts as a shaky alt-pop bridge between the rock emo guitars of the old couple and their modernity. the epitome of synthpop. For an album born in the chaos of COVID, it sounds equally transitional: it has retained its basic DNA of creating perfectly thought-out soulful pop songs with the spirit of “we are against the whole world”, and also represents their most experimental and adventurous record in terms of sound.

Overflowing with vocal loops, pitch changes and twitchy electronics, there’s plenty to explore on “Crybaby.” Take the DayGlo beats “Pretty Shitty Time” or the skittish synthesizers “Fucking Up What Matters” and “Smoking Weed Alone” — they all contain names that seem to be an autopsy of past mistakes caused by quarantine. The magnificent twilight ballad “Faded Like A Feeling” (“Even when I was lying right next to you / I was just a shadow”) is tender as a new bruise, and you can practically see how the hands swing into the air during the breathtaking emotional climax of the record “Yellow”.

The eclecticism of the record continues with the song “I’m Okay”, which sounds like what could have happened if Charli XCX had co-written a hyperpop song with Tegan and Sarah. Meanwhile, the origin of the album’s title is revealed in the lyrics from “Under My Control”, which boasts cheerleader chants in the style of “Hollaback Girl”.

If there’s anything to criticize about “Crybaby,” it’s that its slow-burning nature lacks the immediacy or clearly focused thrills inherent in 2016’s “Heartbreaker” and “Love You To Death,” or the clever concept underlying “Still Jealous.”. But once “Crybaby” really falls into place, it will become another solid compilation from a band that never lends itself to categorization.

Stormzy says he has written a song worthy of this year’s...