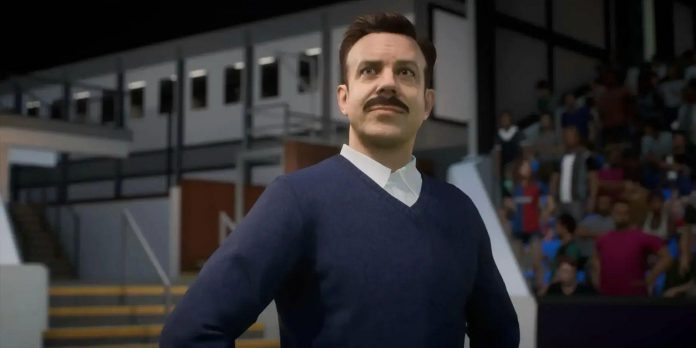 Ted Lasso has become one of the most famous sports shows in recent times. So much so that it is not surprising that FIFA 23 used the popularity of the show to promote itself.

Ted Lasso’s official social media account has tweeted a video in which several people praise Lasso for what he has done to play professional football, despite his lack of knowledge. The FIFA 23 teaser also features several characters from the Apple TV Plus show as playable video game characters.

Lasso tweeted the caption: “I have goosebumps. It’s so strange to see your guys in computer graphics. For some reason other than Roy.” In the commercial, several people praised Lasso, including Trent Crimm, who previously worked for The Independent, and also showed CGI versions of the main character of the show, as well as Roy Kent, Jamie Tartt, Sam Obisanya and Coach Byrd among other characters of the show. To add a twist, Lasso then voiced EA Sports’ iconic motto, “EA Sports: It’s in the game,” before asking if he did it right to the narrator, who usually pronounces the motto verbatim.

Despite the popularity of Ted Lasso as a show, one of the reasons EA Sports did it is that many viewers got to know football better thanks to Ted Lasso. While many knew about the basics of football in advance, few knew how the rules work in the pros between what offsides are or what relegation is. Using the FIFA show is also a thank you for making the audience more interested in football as a sport, much like the Karate Kid franchise made kids more interested in karate when it came out in the 1980s.

Such previews make it even sadder that “Ted Lasso” is reportedly coming to an end after the third season. The show was attractive primarily because it was a TV version of Chicken Soup for the soul with all the positivity it brought to its first two seasons. What also made him so attractive is not only how he approaches mental health, but also that it brought something new to the sports genre. It was a different angle that didn’t necessarily concern whether the team would win or not. It was about how people deal with their pain and what makes a sports team a healthy environment.

There have been great sports shows in the past that used similar approaches, such as Friday Night Lights. While the sport itself matters a lot, they focus on what the characters are going through, not whether their team will win in the end. They do this because this formula is more or less predictable. Ted Lasso added another level, forcing a man who had no idea about football to focus on creating a good locker room, nevertheless, to make a winning product. In the era of television, when we are full of anti—heroes, Ted Lasso brings freshness, because his main character is someone you can sincerely root for, not knowing that he is actually not a very good person. And it looks like the show is being rewarded for that.

Ted Lasso can currently be streamed on Apple TV Plus.

Superman’s son is bisexual now because ‘things have changed in a...

Invocation of Evil 3: Film Gets 4 New and Chilling New...