Home Entertainment Ted Lasso: 10 storylines that we would like to see in the... 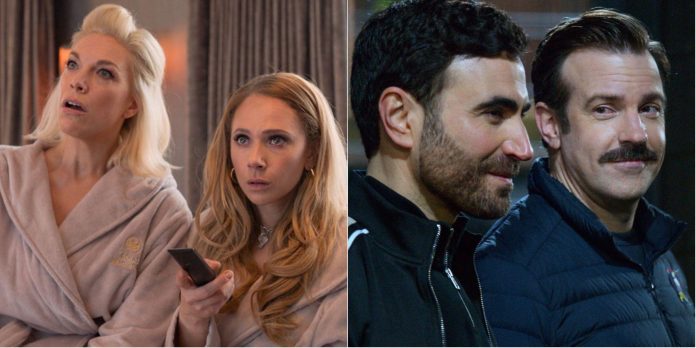 The second season of Ted Lasso ended in October 2021, and the exact date of the return of the third season is still unknown, leaving viewers with many unanswered questions in its exciting finale. Many storylines, from Nathan’s new job as coach of the rival West Ham team to Keely and Roy’s relationship, which is on the verge of crisis, have remained unresolved.

While they are waiting, many fans have ideas about what they would like to include in the new season of the popular Apple TV series. Since the second season creates more questions than it answers, these are the characters and storylines that fans want to see so that they can be solved and get some kind of closure.

The final scenes of the second season featured one of the biggest Ted Lasso plot twists in the show’s history. The previously shy and self-deprecating Nate got even worse by selling newspapers a story about how Ted had a panic attack during a match before getting a job at a rival West Ham team owned by the previous owner of AFC Richmond, Rupert Mannion.

The season is ending, and the audience does not know how the AFC Richmond team reacted to this news and what it means for the future of the team. Ted, who played a big role in Nate’s promotion from team outfitter to coach, will feel especially betrayed. Given that he was selling stories to the press, Nate probably would have also given away the tactics of the team’s game to the opposing team.

Will vs Wonder Child

One of Nate’s most decisive transformations into a darker and more arrogant character is seen in his behavior towards Will, a new picker who takes over his old job. Like the old Nathan, Will is a sweet and shy young man who wants to please everyone on the team. Therefore, when it is seen how Will intimidates him in his new position of power, it came as a shock to the audience.

From the very beginning of the show, the bullying issues at AFC Richmond were addressed. When Nathan, who was bullied before, became a bully himself, viewers will want to see how he gets retribution and learns from his mistakes. Fans will also be interested to see how Will handles this abuse of power compared to Nathan in the past.

Roy Kent is an aging soccer player whose athletic talents are not what they used to be. In the second season, Roy, who is now retired, hopes to be at this new stage of life. For a while he worked as a football commentator, catering to his often ruthless remarks. However, by the end of season 2, he left to help coach the Richmond team.

However, Roy seems unsure about his new life. He and his girlfriend Keely spend more and more time apart and often butt heads with fellow trainer Ted. He still remains his usual hot-tempered character, refusing to train the enemy Jamie Tartt. As his work and personal life pull him in different directions, Roy has to make some decisions in the new season.

Roy and Keely’s relationship is studied

Roy and Keely’s interaction at the end of season 2 left fans with big questions ahead of Ted Lasso’s season 3. The couple was prone to jealousy, especially when Roy meets with his niece’s teacher, and Keely’s ex, Jamie, confesses his love for her. Keely’s new venture into business has driven a wedge between them, as the season ends with Roy agreeing to go on vacation alone while Keely continues to work.

In the third season, Roy and Keely must relieve tension and confirm their loyalty to each other in order for their relationship to survive. If the couple can’t handle their new long-distance situation and overcome their jealousy, the new season could be the end for Roy and Keely.

The mysterious love life of a Beard Trainer

Coach Beard has always been a man of few words. The character often remains silent throughout the series, including in his personal life. In the season 2 episode dedicated to the Beard, viewers spent the night with the coach and learned more about his unstable mental health and his love for Jane, who had briefly appeared in previous episodes.

However, fans don’t know much about Beard and his life. After seeing Beard in more detail in the Season 2 episode, viewers will want to know more about his character and the role he plays in Richmond as a coach alongside Ted. Fans especially can’t wait to see if Jane and Beard will be together again.

Over the past season, the infamous ice Roy Kent has shown himself to be a nice person-sometimes. Having been sworn enemies in the first season, in the second season Roy softened towards his former teammate. During training, Roy refuses to help Jamie in training. However, in one of the later scenes, Roy hugs Jamie after witnessing Jamie’s quarrel with his abusive father. In a later episode, he forgave the young player a declaration of love for Keely, Jamie’s ex-girlfriend and Roy’s current one.

However, it’s hard to figure out where Jamie and Roy are currently.