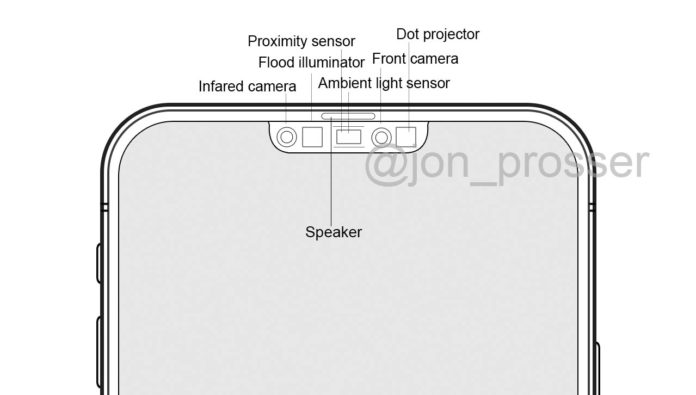 A new technical drawing of Apple’s upcoming smartphones iPhone 12 family has been shared. The drawing, which is claimed to belong to the iPhone 12, reveals that the notch portion of the phone is quite small.

US-based technology giant Apple will come to the consumer in the coming months with new iPhone models. Although we do not have clear information about the new smartphones we expect to be named as iPhone 12, some leaks to date have enabled us to gain some information about the series. It is not possible to know how much the leaks experienced are true, but a new leak reveals an important detail about the iPhone 12 series.

The owner of the claims this time is Jon Prosser, known for his previous Apple leaks. Prosser claimed that this drawing belongs to the iPhone 12 series by sharing an example of a technical drawing on Twitter. The shared image reveals that Apple will tighten the notch in the iPhone 12 series. If you wish, let’s take a closer look at that technical drawing shared by Prosser.

Technical drawing claimed to belong to the iPhone 12 series
FaceID, Apple’s facial recognition technology, is provided with “TrueDepth” hardware added to the phones. TrueDepth technology consisting of 6 sensors; Includes hardware such as proximity sensor, front camera, ambient light and infrared camera. The final argument reveals that Apple will position all these sensors much closer to each other and carry the speaker right above these hardware.

Of course, it is not possible to verify these claims officially, but Apple’s noticeably reduced notch size can make some criticism of the device designs.

Is AMD’s Threadripper 3990X Processor Worth The High Price?