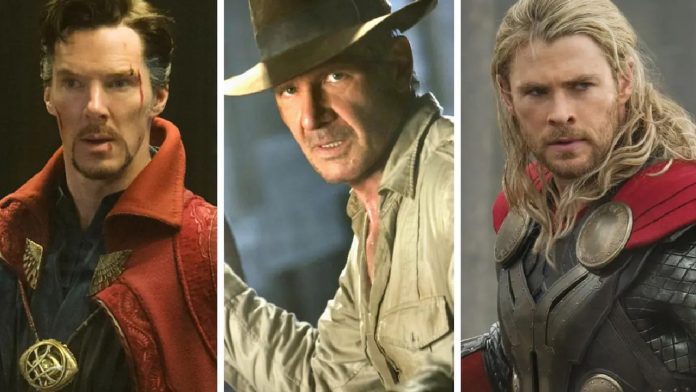 Marvel: MCU fans were eagerly awaiting new Marvel movies. Unfortunately, bad news came from Disney due to the problems in the shooting, and the company announced that they postponed the vision date of Doctor Strange, Thor and Black Panther films in order to avoid a crisis in the domino effect. Among the films that were delayed in the production of Disney, Indiana Jones was also included. Moving to the 4th phase, Marvel began to have problems with filming. The company, which attaches importance to the release date of each film because it has a chronological order and connections, has decided to postpone the vision dates of Thor: Love and Thunder, Black Panther: Wakanda Forever and Doctor Strange in the Multiverse of Madness, together with its long-time owner Disney.

The company also stated that it has delayed the new Indiana Jones movie, which will be released on July 29, 2022, for a year. After all these changes, Marvel fans seem to wait a little longer for the movies that will pass in the 4th phase.

Disney fears a single setback will have a domino effect

Marvel got the success it couldn’t get from Black Widow from Shang-Chi and the Legend of the Ten Links, and the movie’s blockbuster hit was a surprise for the company. After this unexpected success, Marvel and Disney, which aim to have the same effect in their other films, have put Eternals at the top of their target list.

According to the statements made, the reason behind the postponement of the vision dates is not exactly the box office goals. Disney is afraid of any setbacks in the films that are currently being shot. He also wants to reassure himself by thinking that releasing a movie before or after it will create a domino effect chronologically.

The reason for the postponed Indiana Jones movie is a little different from the others. The lead actor of the movie, Harrisson Ford, injured his shoulder as a result of an accident during the shooting and stated that he would not be able to continue shooting for a while.