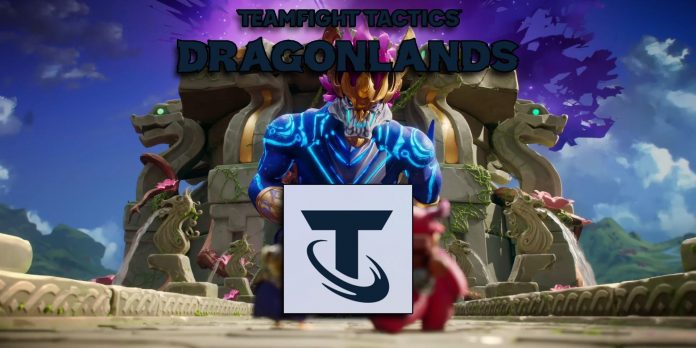 The newest set of Teamfight Tactics called “Dragonlands” has been released. This is a challenging iteration of the Auto-Chess game, especially compared to other sets released by Riot Games in the past. There are a few easy-to-understand returning classes such as Bruiser and Assassin, but many of the Original traits are specifically associated with some fascinating tricks such as Fury Wing, Mirage, and Shimmering Scales.

Since the set is coming to Xbox Game Pass soon, now is the time to go through each origin in Teamfight Tactics: Dragonlands one by one. Here’s everything players need to know about how they work, both for TFT veterans and for new players who will appear after it hits the Game Pass.

Astral: The Origin of Hyper-Roll

Astral is basically the yordles of this set, and players who like Hyperroll will gravitate towards them. In every 5th store with at least 3 astral on the field, there is a very high probability of having astral champions in it. This basically ensures that the player who does the hyper-scrolling to make this 5th store appear will get some 3-star units of the early game. In addition, this origin gives an AP bonus to the entire team, starting with +5 and ending with +60 with 9 astral on the field.

Some things to note:

The border of the store’s user interface glows gold when the next update of the store is the Astral Sphere and the 5th store. The Astral items that appear in the astral store are still based on level percentages, so there is no way to get Aurelion Sol sooner. Riot developers have already stated that in the next TFT patch, the Astral Emblem will appear again, allowing any unit to get 3 stars early using this re-roll strategy.

Guild: works in every team

The guild Origin is definitely one of the most unique and adaptable Origins added in Set 7. Each of the five champions in this “friendly adventurer guild” origin has a bonus associated with them. When placed on the field, this bonus is then applied to the entire team, but it is especially effective for guild champions depending on how many guild origin champions are on the field. Bonuses that each guild unit gives to the team:

There are many add-ons that interact well with this Origin, and it’s easy to add a guild squad to many team compositions. Aren’t enemy teams doing too much damage? Sejuani can help. Are Swiftshot units attacking not fast enough? Throw Twitch in there. The guild is created so that players can mess with it, and it’s incredibly fun.

Slow down the League fight? No — instead, speed it up even more with the Jade Trait. Jade is another strange Origin, and it looks more like a positioning puzzle. As soon as the Jade Trait becomes active, a small green Jade statue (or several statues, depending on the level of the Jade Trait) appears on the field, which can be moved. Allies located next to these statues receive a bonus to attack speed and healing every two seconds, depending on their maximum health. When the statues are destroyed, they deal a third of their health in the form of magical damage to nearby enemies.

While it sounds pretty simple, there are some aspects of Jade that players need to know:

Statue buffs don’t stack, which means that players with two jade statues have no reason to combine their team into a bit group. The percentage of maximum HP healing in two seconds is based on the Jade trait level, starting at 2% and ending at 25%. Statues explode in an area around themselves 1 hex wide, prompting players to put them in front, or at least in front of the back line as a defensive wall.

Mirage is, in fact, just a mutant trait from the last issue with a new name. For those who don’t know, the mutant trait has changed in the set of possible effects in each game, and Mirage works the same way. There are seven different effects in total that the Mirage Trait can cycle between each TFT game, and they vary greatly. One deals damage to enemies when hit, the other gives extra health and AP for each victory, one of them gives a chest with loot of the mercenary trait type after each battle, and much more.

Because of this, Mirage builds change dramatically from game to game. This is one of the reasons Origin is so interesting to include in general, as Mirage units have so many different uses and play styles to experiment with.

To explain this as simply as possible, all characters with Wings of Rage build “Rage” instead of mana. When their Rage scale is full, they use their Ability and then “Frenzy” for four seconds, gaining an increasing attack speed and a Comprehensive Vampire buff depending on how many Wings of Rage are on the battlefield. Being enraged, they do not generate any rage (in other words, mana), which is why it takes them much longer to “get mad” again.

The investigation of the rust shooting has been completed, the results...