Home Entertainment Team Ninja presents Rise of the Ronin, an exclusive for the PS5... 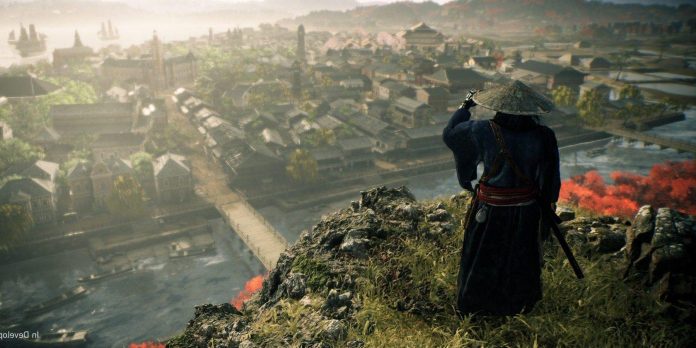 Rise of the Ronin, a new open-world role-playing game set in Japan by Team Ninja developers, has been announced as an exclusive for the PS5 console. The announcement also brought a first look at the gameplay, although the game is still a long way away.

Team Ninja president and game director Fumihiko Yasuda describes Rise of the Ronin as combative. Yasuda, who has also directed action games such as the Nioh series and Ninja Gaiden, detailed this game as the most ambitious project Team Ninja has ever done in his blog post after the game’s announcement. The announcement may come as a surprise to some, as Team Ninja is also working on the upcoming Wo Long: Fallen Dynasty.

In the trailer shown during the State of Play on September 13, the bird leads the audience through the crowded streets to the rock, and the setting of the game is confirmed: Japan in 1863. The trailer also has hints and some information regarding the narrative of the game. While the main character tells the trailer, the character’s name is not revealed. A brief overview of the gameplay shows a sword fight and a glider that flies in the air and crosses the open world, similar to the Breath of the Wild glider. The end of the trailer is a montage of carnage with swords, hooks and weapons.

Although it may seem that this game is in the early stages of development, given the current workload of Team Ninja, Yasuda stated that the game has been in development for seven years. The trailer also shows a release window that will happen around 2024. In addition, the game will be exclusive to the PS5 console. Whether the game will be a temporary exclusive and whether it will eventually be released on other platforms, such as Sifu, released on the Nintendo Switch later this year, remains to be seen.

Rise of the Ronin claims to join the ranks of similar games dedicated to sword fighting and open worlds for PlayStation, such as the beloved and famous Ghost of Tsushima. The recently announced Assassin’s Creed Red will also have a Japanese setting, which is why Japan is becoming popular for PlayStation games. Although Rise of the Ronin is definitely set in a more modern era than Ghost of Tsushima, there are definitely some similarities between the titles. However, the release of the game is still a long way off, and a lot can change from now to release, so it will take some time before players can feel what it’s like to try on the role and responsibilities of Ronin.

Dragon Ball Games Battle Hour 2022: Calendar And Activities Of The...