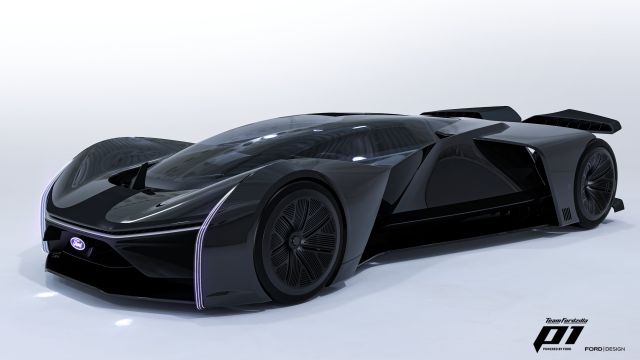 Team Forzdilla: Ford makes its Team Forzdilla P1 model the ultimate sim-racing streaming platform thanks to HP technology. Driving is a pleasure that is not always within our reach, so video games have allowed us to fulfill the dream of getting behind the wheel and experiencing speed in our own skin while dominating a circuit. In the past 2020 driving titles became a haven during a bitter year. In this 2021, Forza Horizon 5 has surprised us with a new level of technological delicacy at all levels, at the same time that virtual reality opens new frontiers. And during this same Gamergy – where projects such as BeFootball have been presented – Team Fordzilla, Ford’s division dedicated to electronic sports, presented us with P1, the virtual competition car for video game competition.

A car designed by the gaming community

At Gamergy’s Team Fordzilla stand, we observed the P1 prototype, which is presented as a car with avant-garde lines inside which we can access its own virtual platform with streaming. “The process to create it has been groundbreaking,” says Amko Leenarts, Ford of Europe Design Director. “” Ford designers launched key design decisions via Twitter. Each survey defined a design attribute, from the exterior to the engine to the cabin. ”

In collaboration with HP, Ford has transformed its P1 into the ultimate virtual racing streaming platform. Already at the last Gamescom, the full-scale prototype P1 was presented to make it an unbeatable racing simulator. With an integrated gaming steering wheel and pedals and the computing power of an HP Z4 Workstation and HP Reverb G2 Virtual Reality Glasses. In its recent version presented at Gamergy, the P1 will incorporate three 4k cameras (pedals, steering wheel and face), a gigantic 10×4 meter screen and a powerful HP workstation to be able to broadcast in streaming. During the fair, visitors will be able to experience a new level of virtual reality racing simulation first-hand.

“Until now, there was a lot of realism in racing simulation, but it was not quite immersive,” says Melchor Sanz, CTO of HP Spain. “With P1 we manage to make the whole experience immersive, we redraw the environment as we drive and we make the interaction so organic to avoid motion sickness! In the P1, players control the game through a steering wheel and pedals The improved lighting also absolutely prevents the feeling of dizziness inside the vehicle, with a gentle impulse while we await the next race. Then, while driving, the taillights synchronize with the braking moments during the game to connect to the outside spectators with the entire game, as well as auditory stimulation, with a built-in audio system that channels a realistic and personalized sound design to the driver.

Leenarts is proud of a creative process that has brought players on board: “It was a really incredible process for the entire team, from the designers to the social media managers at Ford in Europe. Not just because it’s something none of us had. done before, but because we also found that players can be perfect design partners. “

iCarly: The show’s biggest fan complaint with the recent revamp