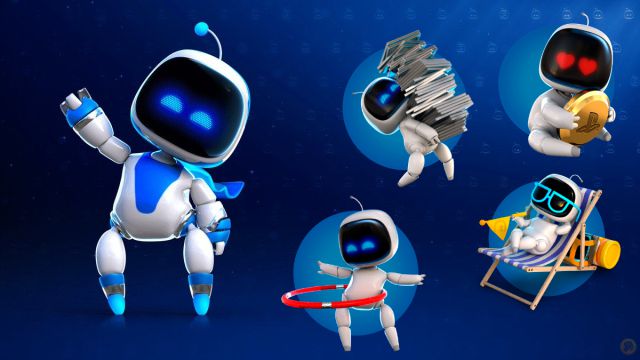 Team ASOBI: The studio in charge of Astro’s Playroom and Astro Bot: Rescue Mission is already part of PlayStation Studios and is established as a reference studio for the brand.Team ASOBI, a subsidiary of Sony Interactive Entertainment, is already working on its new video game. After becoming official last June that they were established as a “first level studio” within PlayStation Studios, we now know that the parents of Astro Bot: Rescue Mission and Astro’s Playroom inaugurate official website and anticipate that its current development is the most ambitious till the date.

The official portal does not reveal many details, but it does reveal a brief description that we will detail below. For starters, they define themselves as “a dynamic new PlayStation Studios studio based in vibrant Tokyo, Japan.” In the About us section they expand: “We create high-quality games for users of all ages on PlayStation. Our latest works are the acclaimed Astro Bot: Rescue Mission for PlayStation VR and Astro’s Playroom for PlayStation 5. We are currently working hard on our most ambitious game to date. ”

New from Team ASOBI will be a 3D action game

After two works that have garnered critical success from fans and the media, the label led by Hermen Hulst, head of PlayStation’s internal studios, gave Team ASOBI a vote of confidence to develop larger works that were closer to a specific audience and open the range of PlayStation experiences for the future. At the end of last July we learned that this video game will be a 3D action adventure. We do not know if the title will be based on the Astro license.

Nicolas Doucet, director of the Team Asobi studio and creative director, explained on the occasion of the establishment of Team ASOBI that the team’s headquarters in Tokyo “expands and gets bigger”. In addition to the head office in Tokyo, Japan, the studio has workers in countries such as England, Germany, France, Scotland, Korea, Spain and Colombia. The video game does not have a release date; neither platforms, although presumably one of them will be PlayStation 5, which has already exceeded the barrier of 10 million units sold.

The juror noticed an error in Vanessa Bryant’s winnings and the...