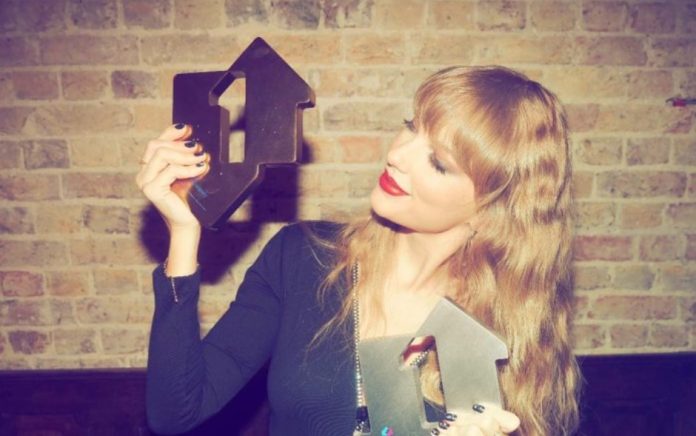 The singer has sold 204,000 copies of her 10th album in the UK, beating Arctic Monkeys and taking first place.

Taylor Swift has set another record with her 10th studio album “Midnights”, becoming the last artist to reach the double official chart, as both her album and the single “Anti-Hero” claim the first place in the official album and singles charts. at the same time.

According to new Official Charts Company data released today, Swift has advanced 204,000 sales in the UK charts in just seven days, more than double her previous record of 90,300, which she set when she released her album 1989’ back in 2014.

The Official Chart Company also reported that Arctic Monkeys’ series of six number-one albums in the UK has been interrupted. Their release “The Car” debuted at number two with over 100,000 chart sales in its first week.

“Many congratulations to Taylor Swift on her fantastic achievement exceeding 200,000 sales this week,” Martin Talbot, executive director of the Official Charts Company, said in a statement. “We always knew it would be a huge week for Taylor and Arctic Monkeys fans after the release of their brand new albums — and their total first week sales of over 320,000 charts indicates that their excitement ahead of the release was well-founded. ”

“Midnights” marks Swift’s ninth consecutive number one album, and the singer—songwriter has set a new record in the official chart, creating the fastest sequence of nine number one albums in the UK among all artists – a title that used to belong to Madonna.

In a four-star review of “Midnights,” Hannah Mailrea of NME wrote: “There are no country roots anywhere, to which she returned in her re-recorded albums, and the influence of folk on her quarantine-related projects is practically absent. Instead, she tells these new stories through smooth synthpop, like “1989” or “Lover,” but this time the razor-sharp staging of these albums is more subtle.”