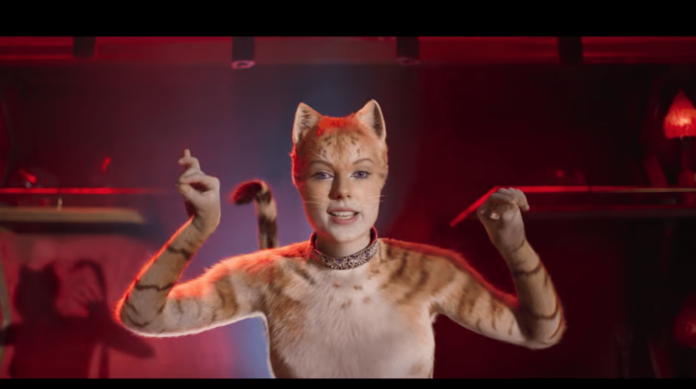 The new movie of ‘Cats’ is coming to the big screen this December 25. This fantasy movie will portray the journey of a group of michis trying to reach the Heaviside layer to be reborn. Who will achieve it?

And apparently one of the most excited is TayTay who talked about how she felt when playing Bombalurina, a kitten who plays a lot with the catnip; and where we will see her sing some important parts of this musical like: “The Gumbie Cat”, a solo in “Rum Tum Tugger”, together with Grizabella in “Grizabella the Glamor Cat” and in “Bustopher Jones”, but the best part it will be in “Macavity”, re-cuér-da-lo.

It was through the gaze of Andrew Lloyd Webber, musical composer of the film and in charge of interviewing Swift where he commented the following:

TAYLOR SWIFT ON THE COVER OF BRITISH VOGUE DECEMBER
In addition to being the cover of the new issue of the British Vogue, (and where some believe it looks unrecognizable by so much makeup) the interpreter of ‘Lover’ talked about the importance of owning your own work, alluding to his fight with Scooter Braun and Scott Borchetta for the rights (and catalog) of his music.