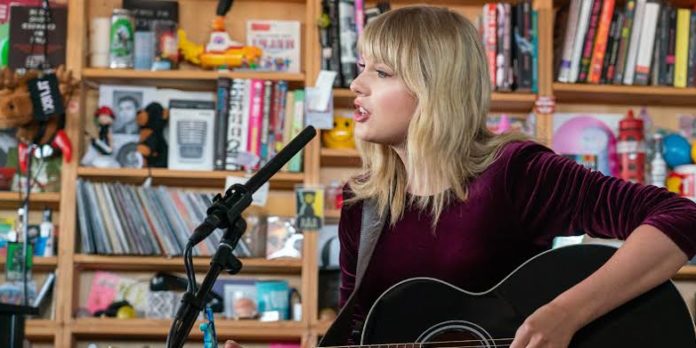 In yet another action to publicize his latest album, “Lover”, released in August, Taylor Swift starred in his own “Tiny Desk Concert”, a music program that has already become a sensation among the American public.

For the presentation, which takes place inside the office of NPR, US public radio broadcaster, Taylor Swift performed some “Lover” songs in acoustic versions.