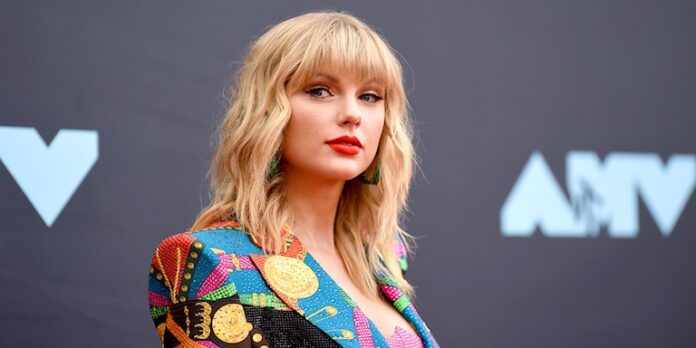 Taylor Swift to premiere City of Lover Concert during quarantine. The singer will perform the premiere of “City of lover Concert” with which she promoted her latest album.

Taylor Swift released her album “Lover” on August 23, 2019, since then, the singer received several awards for high sales, but due to the coronavirus, she had to suspend her 2020 tour to promote the album.

However, the singer had a surprise in store for her fans, after she released her documentary “Miss Americana”, available on Netflix, Taylor will reveal an unpublished concert during this quarantine, we will tell you the details.

Through her social networks, Taylor shared the trailer for “City of lover Concert” , the concert that compiles all the successes of Lover and that she promoted in Paris. The new feature film will premiere on the Disney Plus and Hulu streaming platforms .

Excited to announce the City of Lover Concert! We filmed my show in Paris in September and thought it’d be fun to share it with you 😄May 17 at 10p ET on @abcnetwork and available the next day on @hulu and @disneyplus! #TaylorSwiftCityOfLover pic.twitter.com/7B3ky0rO5B

The singer explained that it will be broadcast on the ABC channel on May 17 and a day later on the paid service. Taylor will surprise her fans with new versions of songs like All too Well, Red and Daylight, she will also show the performances for The Archer and Cornelia Street.

It is not yet known if it will be broadcast through another medium, since Hulu and Disney + are not available for Latin America, but her fans are excited to have new content from the singer and enjoy her music during this quarantine.

Despite the fact that the quarantine continues, Taylor will give her fans a special concert with this premiere, since she had to cancel her tour due to the coronavirus, she has also been in social isolation, but that does not prevent her from staying away from her friends and she surprised Gigi Hadid with a special gift a few weeks ago on her birthday.

Cardi B says she changed the music industry: “I don’t say...