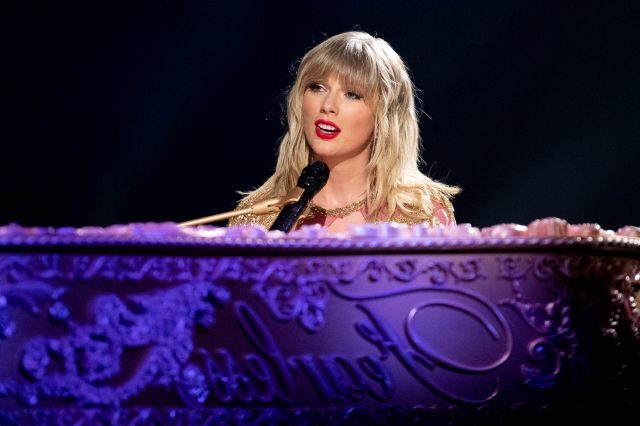 Christmas has reached the playlists! Taylor Swift has been the last to join the spirit of this time of year after the releases of Jonas Brothers, Robbie Williams, Liam Payne, Mabel, Little Mix, even Katy Perry with her latest video clip. The creator of Lover has made it public through her social networks where she has uploaded a video that has not left anyone indifferent, especially because it is a very different content than Taylor has accustomed us.

The singer, recently crowned Artist of the Decade at the American Music Awards, has announced new song and new video for tonight (according to US time) focusing on Christmas themes. The post shows a completely homemade Taylor, recording with the front camera and explaining the situation of doubts in which it is before its new release. With so many questions, he decides to resolve the conflict by asking all of his cats, whom he shows in the video in the attitude that every homemade cat usually has.

“When in doubt, ask the kitten committee. When they reject you with silence, ambivalence and criticism … release the song anyway. NEW SONG AND CHRISTMAS VIDEO (made from homemade videos)”, with these Words and a touch of humor, Taylor Swift anticipated in his Christmas Tree Farm networks, as we deduce that the song will be called. Single that finally and to the comfort of all his fans, will see the light regardless of the cat’s indifference of his surroundings. Now we just have to watch to see what the singer surprises us after a year of unstoppable successes.

By the way, if it had not been clear that Taylor is a cat lover thanks to the next release of Cats, she has already made it more than clear with this video.

Taylor Swift, protagonist of Sundance 2020
As if this were not enough, Taylor Swfit is in the spotlight today for more issues. One of the most relevant and applauded is that Sundance, one of the most important independent cinema events, will open its doors in the 2020 edition with a documentary about the singer.