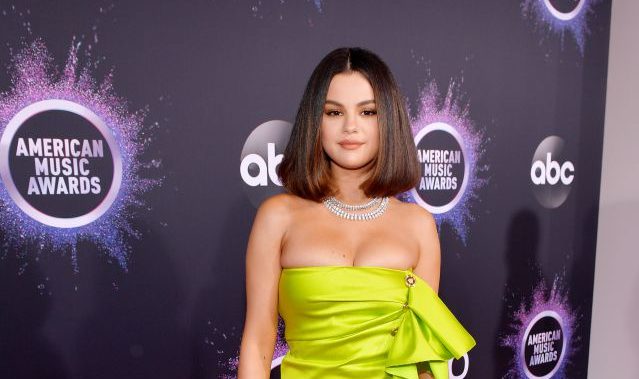 The 2019 American Music Awards have already been delivered and it was, without a doubt, a great night for Taylor Swift. And for the record, not only for having been named artist of the decade and for adding another 5 more prizes to his record.

It was also a great night for her because her great friend, Selena Gomez, returned to the stage after a time retired.

The friendship between the two remains evident. There was nothing more to see Selena sitting during the gala next to her friend’s mother with whom she enjoyed Taylor’s performance.

And yes, there were gestures of complicity between them. Like when Taylor Swift pointed out to her friend that she was singing along with her from the armchairs. Without a doubt, a relationship that remains as solid as ever, no matter how much it has been called into question at times.

And the support was mutual. The first to go on stage was Selena who opened the gala. It began with a sober staging in black and white to interpret Lose you to love me, the song that talks about his relationship with Justin Bieber.

She appeared in a black dress that covered her entire body and the voice took center stage. And we cannot say that he offered an impeccable vocal technique, but the emotion he experienced surpassed any failure he might have. She was nervous and it showed but she recovered as her performance progressed.

Then it was the turn of the second single that has presented the album that will be released in January, Look at her now. For the occasion, she got rid of the black dress and a silver body appeared that made her look completely sexy. The stage was filled with dancers to accompany her and she gave everything singing and dancing.

Taylor Swift and Halsey could not restrain themselves and prey to the emotion when they saw their friend’s performance, they stood up and could not stop screaming, leaving one of the most viral moments of the night to remember.

Nabilla publishes an adorable photo with her son Milann on!