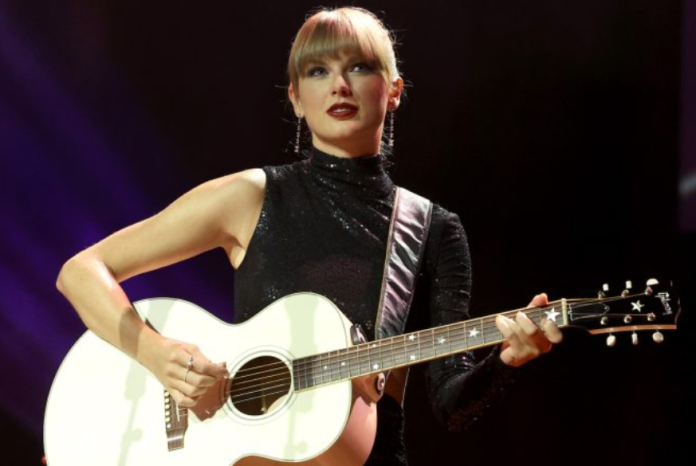 Numerous Taylor Swift fans have joined forces to organize a campaign against Ticketmaster after the recent controversy surrounding the recent sale of the “Eras Tour”.

Swift said in a statement last Friday (November 18) that Ticketmaster “assured” her that it could handle the huge demand, but she acknowledged that some fans had “so hard to get tickets” for her concerts in North America in 2023.

This happened after the company announced the cancellation of general ticket sales on Thursday (November 17), citing “extremely high demand” and “insufficient stock of tickets.”

Many customers reported technical problems when trying to purchase tickets through pre-sale last Tuesday (November 15), including long waiting times and constant interruptions to the website.

Ticketmaster later released an update in which the firm said there was “historically unprecedented demand” as “millions” of Swift fans tried to get tickets for “The Eras Tour.”

It is reported that the US Department of Justice is launching an antitrust investigation into Live Nation — the company that owns Ticketmaster — while various US lawmakers are hitting the aforementioned firms.

Following Swift’s statement on the matter, Ticketmaster apologized to those who had a “terrible experience” navigating its website, writing: “We strive to make it as easy as possible for fans to buy tickets.”

It is reported that 14 million people tried to access Ticketmaster for pre-sale last week, and 2.4 million users were eventually able to buy tickets.

According to Mashable, about 35 Swift fans, mostly lawyers, joined a group chat called “Vigilante Legal” within 24 hours (a reference to the singer’s song “Vigilante Shit”).

The theme was created by Blake Barnett, a 30-year-old lawyer who eventually forked out $500 (£420) in royalties for tickets for his group of friends to one of Swift’s concerts in Chicago.

On November 16, Barnett shared the following tweet: “Appeal to all swift lawyers: lmk [let me know] if you want to be added to GC to brainstorm if there is anything we can do to take action against @ticketmaster.”

In a later post, she confirmed that the group members “reported Ticketmaster to the FTC [Federal Trade Commission] and compiled a summary that we hope will be used to help state [attorneys general] and politicians in their elimination.”

According to Mashable, the group is now a full-fledged limited liability company (LLC).

“Something needs to be done. They violate antitrust laws,” Barnett told the publication. “The monopoly merger [in 2010] between Live Nation and Ticketmaster should never have happened.”

The publication talked to other members of the group. Elizabeth Burg, 28, said she was “radicalized” because of a bad experience buying tickets. On Twitter, Burg urged fans to sign a petition “To inform the Ministry of Justice about the investigation into Ticketmaster.”

Stephanie Ali, 33, has officially launched the Vigilante Legal campaign on her Swift The Swifties fan site.

calling all swiftie lawyers: lmk if you wanna be added to a GC to brainstorm if there’s anything we can do to take action against @ticketmaster

The description on the website reads: “Vigilante Legal unites Swifties and music lovers around the world to end the era of outrageous fees, hours-long queues to nowhere, buggy processing and terrible customer service.

“There is no fan base more suitable for defeating Ticketmaster. We have a huge active online community; our collective strength can lead to real change in the music industry if we work together to make it happen.”

Among the Democratic politicians who have attacked Ticketmaster and Live Nation is New York Congresswoman Alexandria Ocasio-Cortez. “A daily reminder that Ticketmaster is a monopoly, its merger with LiveNation should never have been approved and they need to be managed,” she tweeted. “Smash them.”

In 2010, Live Nation and Ticketmaster merged into Live Nation Entertainment. The Justice Department accepted the merger at the time, but amended the deal in 2019 due to violations of the original deal (Billboard).

Meanwhile, Tennessee Attorney General Jonathan Scrmetty has launched an investigation into Ticketmaster in light of the saga.

Kai Cenat Buys His Mom a House After Becoming the Most...