Home Entertainment Taylor Swift Fans Are Convinced That “Speak Now” Will Be Her Next... 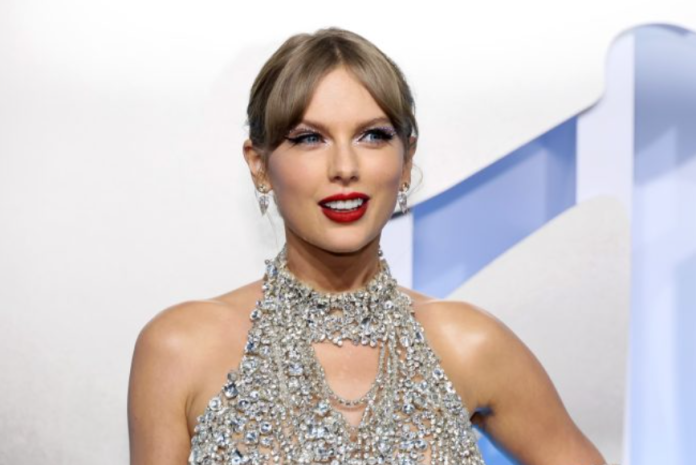 Taylor Swift seems to be teasing that her next re-recorded album will be 2010’s “Speak Now.”

The original version of the singer’s third studio album followed her self-titled debut (2006) and “Fearless” (2008). In April 2021, Swift released “Taylor’s Version” of the latest LP, ahead of the re-recorded “Red”, which was released last November.

In addition, the star shared updated versions of the tracks “1989” “This Love” and “Wildest Dreams” as she continues her plan to bring back her first six albums after the controversial sales of her masters in recent years.

Swift still found time to release her 10th studio album “Midnights”. Since he appeared last month, the singer has announced a series of concerts in the US, dubbed “The Eras Tour”.

Some fans have noted that Swift takes the same pose on the poster of “The Eras Tour” as on the cover of “Mine”, the lead single from “Speak Now”. Moreover, the pop artist said that she was “delighted to announce her next tour” – a not very subtle reference to the song “Enchanted” from this album.

She is releasing speak now tv next i just know pic.twitter.com/S4oLcibtmM

Meanwhile, the recent video for the “Bejeweled” single “Midnights” is said to contain numerous Easter eggs related to “Speak Now”. During an interview with Fallon, Swift admitted that the visuals include a “psychotic amount” of hidden clues that she tracked in a PDF file. In one remarkable scene, the singer presses a purple button in the elevator to the third floor.

In a YouTube video promoting the #TSAntiHeroChallenge, Swift appears to be wearing the purple dress she wore during the “Speak Now” live tour.

Swift described her “Eras Tour” of 2023 as “a journey through the musical eras of my career (past and present!)”. The start is scheduled for March 18 in Glendale, Arizona. Tickets will go on sale at 10:00 Pacific Standard Time on Friday, November 18. You can buy them here.

In a four-star review of “Midnights,” NME wrote: “The country roots that she returned to on [Swift’s] re-recorded albums are nowhere to be found, and the folk influence on her closed projects is practically absent.

“Instead, she tells these new stories through smooth synthpop, like “1989” or “Lover,” but this time the razor-sharp staging of these albums is more subtle.”

Kim Kardashian Suffers With Son Saint, He Broke His Arm