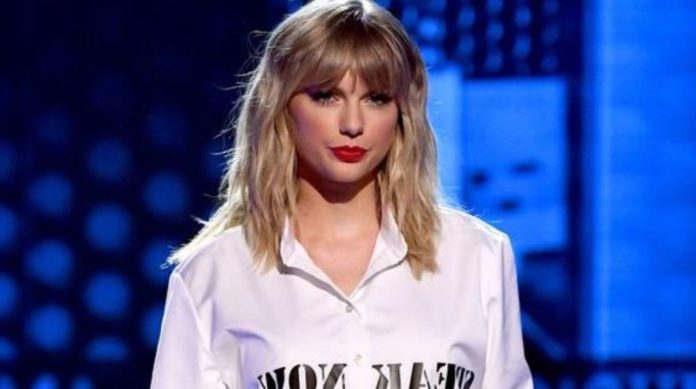 The video is directed by the singer, who criticizes the music industry

They say that an artist is what she lives, and this was demonstrated by Taylor Swift, who has had some altercations that have inspired her to write ‘The Man’.

6 months ago the song ‘ The Man’ was uploaded to its digital platforms, such as YouTube, about two weeks ago the singer shared the video lyrics of this song , which is an animated clip in which the differences to which a woman faces in a society controlled mostly by the male gender.

The Man – Live From Paris ✨ Song/video tonight at Midnight ET

Taylor is making an open criticism of her music industry.

She also uploaded a special video of an acoustic performance that took place in the city of Paris, in which she was presenting her album ‘ Lover ‘.

Taylor now, has announced the release date of the official video of her song, ‘The Men’ , fans are brutally excited, since in addition to the great message that the singer is releasing, they are looking forward to the clip that was directed by Taylor .

It is not the first time that the singer of ‘Speak Now’ performs the activity of entering the behind the scenes, because she has already produced some of her previous videos, such as ‘Bad Blood’.

Swift will perform a livestream tomorrow, Thursday, February 27 , through YouTube, for the world premiere ‘The Man ‘, starting at 6 am Central Mexico time; The singer advanced only a few seconds of the clip through her Twitter and Instagram account.

Oh man…music video tomorrow at 7 A.M. EST! And I’m going to be chatting/answering your questions/mansplaining the video on YouTube starting an hour before at 6 A.M. EST pic.twitter.com/OJmaYDbsOo

Flirtatious mood! Niall Horan tells meeting he had with Lizzo and...