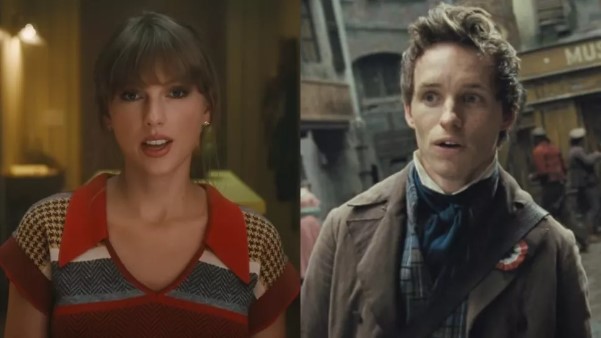 You could say they had to “shake it off.”

Although Taylor Swift is one of the most successful pop stars, especially after the release of her latest album Midnights, she has also starred in several films, including one of the films scheduled for 2022. Now she’s talking about a big musical she auditioned for. The screen test in question was intended for the film adaptation of the classic musical Les Miserables. Swift, along with Eddie Redmayne, who played Marius in the film, told the story of how badly their screen tests went.

Both Swift and Redmayne were on the Graham Norton Show (via EW) to promote their projects “Midnight” and “The Good Nurse,” respectively. A story surfaced about their audition at Les Mis, and Swift said:

In general, I applied for two roles. I had the look of Cosette and the vocal range of Eponine, so it was established that I was there well, but not for long. I wasn’t going to get the part.

As Swift said, she knew she wouldn’t get the part. As a result, Cosette was played by Mamma Mia! Star Amanda Seyfried and Broadway and West End actress Samantha Barks played Eponine. Both characters have deep relationships with Redmayne’s character in the musical, so Swift had to audition with him. Although Swift knew she wouldn’t get the part, she wanted to play with Redmayne. She even said that the “Fantastic Beasts” star is one of her “favorite actors” and she didn’t want to give up a unique experience to work with him.

She continued the story by saying that she arrived on the set and they dressed her in a “full 19th century street urchin costume” and painted her teeth brown.

I thought: “You’re going to do it after I meet Eddie Redmayne, right?” But no, they made me look like death, and it turned into a nightmare. When I met Eddie, I didn’t open my mouth to speak.

Meanwhile, Redmayne was also nervous about the screen test. However, this happened for a completely different reason. The scene required the two to hold on to each other, the actor said:

I thought we’d just sing along to each other—I didn’t know we’d be in each other’s arms. My main memory of this was that I was eating pizza and garlic dough balls beforehand, and all I could think about was my garlic breath when Taylor was dying in my arms, and I was trying to show emotions.

So it all sounded like a mess at the audition, however funny it is that now they can all laugh about it. What makes this story even more interesting is that before Les Mis, both performers were extremely successful, but since 2012, both people have entered an even higher stratosphere of success.

While Les Miserables was a success and Anne Hathaway won an Oscar for her performance, Redmayne found his way to an Oscar a few years later. He was on the list of winners of the 2015 Academy Award for the outstanding role of Stephen Hawking in The Theory of Everything. Along with his excellent performances in films, the actor also made a successful stage career, receiving two Olivier Awards for his roles in the production of “Red” in 2010, as well as in the production of the musical “Cabaret” in 2022.

Meanwhile, Swift has released nine albums since 2012, and her latest album “Midnights” has already broken records. She also has many other projects in the works. In addition, she began writing, directing and acting in her music videos, including the short film “Everything Is Too Good”, as well as in a cameo and an Easter egg-filled video for “Bejeweled”.

Both Swift and Redmayne are at the top of their craft, so it’s interesting to hear stories about auditions and awkward moments in their careers. They are both extremely busy people who work on a lot of projects. At the moment, you can get acquainted with Swift’s album Midnights and Redmayne’s film The Good Nurse, which can be viewed on a Netflix subscription.