Home Celebrity What do the tattoos of the BTS members really mean? 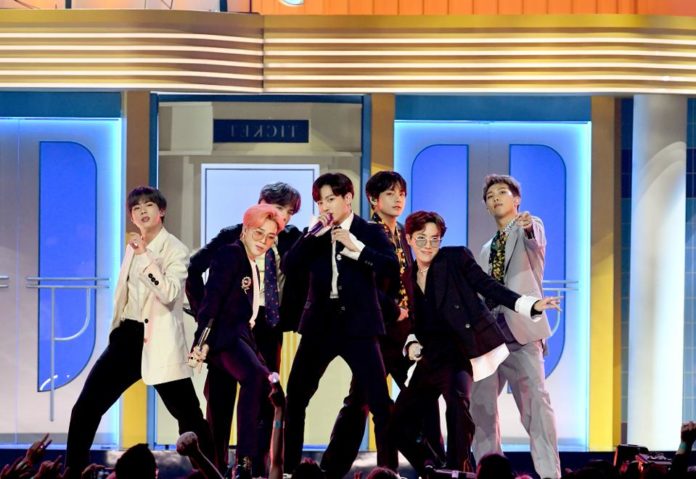 What do the tattoos of the BTS members really mean? Find out the real and emotional sense of the brands that adorn the body of some members of the Bangtan Boys.

The tattoos are a means of expression dating back thousands of years, culturally mean something very deep in many civilizations throughout history delas stages.

The boys of BTS are not the exception of entering the fever of expressing on their skin something that has impacted a lot for them and that they have apparently decided to create with them the portrait of a stage of their life, in some cases they are just one more element of a performance or a video, but they look great .

Over the years, the boys have talked about wanting to get a tattoo , but that they really symbolize something very own , that carries their identity and that above all talk about their safety , what they are and what they want to communicate as artists.

Today we bring you the list of the meanings of different tattoos that have made some members of BTS , you do me a tattoo inspired in boys ?:

Jimin
Apart from being one of the songs written by Suga, ‘ Neverrmind ‘ (it doesn’t matter) the opinion is a very powerful and liberating word for Jimin , the idol said that for him it meant being free, doing what he wanted, without caring others and most importantly, without criticizing themselves in a sick way.

Jungkook
Jungkook always shows love to his fans , that’s why he decided to tattoo on his fingers ‘ ARMY ‘, but not only that, but the smallest of BTS decided to tattoo a hand with a gesture that rockers do, but not just that, if not that he wanted to add the phrase to the tattoo.

“I’d rather die before being cool”

See Also
HOW DO BTS BOYS SMELL? SEE WHAT PERFUMES THEY USE

Which belongs to the lyrics of the song ‘Stay Away’ by the mythical and renowned American band led by Kurt Cobain, Nirvana. JK is no longer a small boy, he has descended to interact with the concept of ‘bad boy’, do you like his new tattoo ?

We don’t know if they are permanent or temporary tattoos, but they look amazing on him.

Also during the video of ‘ ON ‘ many tattoos that the singer has on his hands are appreciated , it is said that the flower he carries is the tiger flower and it is said that it is the special flower of September, the month in which JK was born .

Jungkook
The first tattoo with which Jungkook came out was this one where many details are noticed , the BTS logo door and a heart , but the meaning may be more interesting.

The letter ‘A’ would be V , the RM would have to be ‘Namjoon’, ‘MY’ would refer to Yoongi , the letter ‘J’ would be the representation of ‘el, Jin and J-Hope ‘ and ‘JM’ by Jimin , the crown would represent the power with which he loves his fans and his group, the heart would be the union of BTS and ARMY.

staring at jungkook already makes my heart beat louder but then I look at our army tattoo and I just,, my heart belongs to him. pic.twitter.com/9oUJtbuIg3

How do you see? What do you think of this JK tattoo ?

V
Although the tattoo of V is temporary, it has some thorns on his neck, which represent how are you tips and imprison you hurt him, but try to live with them.

And one on the cheek that says the phrase ‘The sahdow like me ‘, which would refer to Carl Jung’s theory that speaks of the archetypes of personality and shadow are the defects that human beings carry throughout their lives , something like his demons , with those who have to approach to live together .

Nicki Minaj: his brother sentenced to 25 years in prison for...

Mark Hamill’s Alleged Tender for The Role of Vesemir in The...