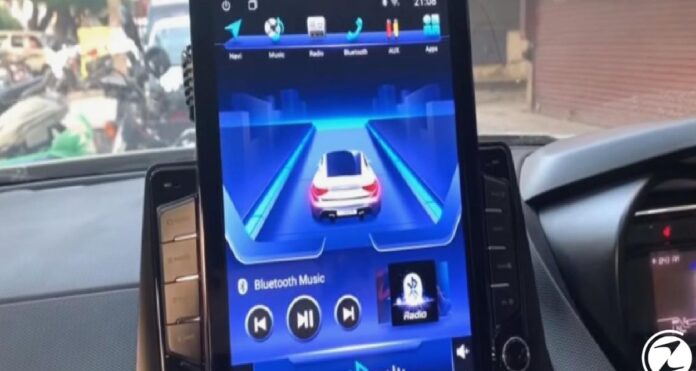 A vehicle dealer in India has signed an unprecedented project. The dealer, who wants to increase the marketing power of the Tata car it offers for sale, has given the car a Tesla-like infotainment screen. The multimedia display, which has important functionality, can bring drivers one step closer to the car.

An auto dealer in India has done an interesting work on the 2020 Tata “Nexon XM” car that it sells. This work reveals how Tesla’s multimedia display experience can be used in a Tata.

The situation of the work done to Tata in terms of appearance is a bit controversial. Because the people who did this study did not prefer to remove the keys on Tata’s original multimedia screen after completing the project. Even the above image seems to have been designed at first glance Tesla Tesla.

What features does this multimedia screen have?

The new screen added to Tata offers users connectivity options such as Bluetooth, USB and AUX. Consumers will also be able to use Google’s Maps app through this multimedia screen. So this vehicle has a navigation system. The screen, which also supports Android Auto, aims to provide the best multimedia experience, and according to the seller ‘s statements, this screen comes with 2 GB of RAM and 16 GB of storage.

Integrating the interface on Tesla’s multimedia screen into Tata, the car dealer took a video on the subject and gave detailed information about his project in this video. The seller, who also shares his contact information in the video in question, says that he can integrate this system into various tools and that those who wish can communicate with him. It seems that Indian traffic will be overflowing with vehicles using the Tesla’s multimedia screen in the future.

Video created for the multimedia screen