Home Entertainment Taron Egerton Reveals Why He Turned Down the Chance of a Cyclops... 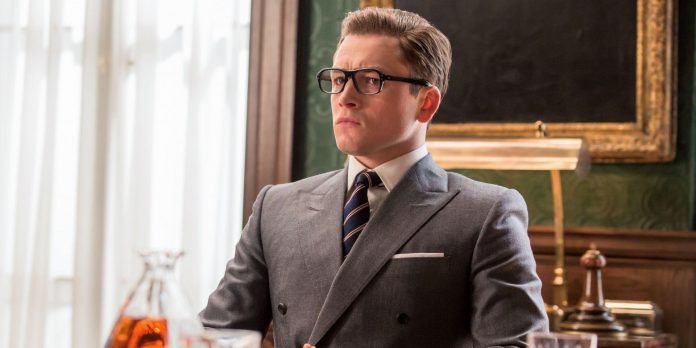 Taron Egerton talks about the reason why he turned down the role of Cyclops in the prequel series X-Men. Since his acting debut as Liam Jay in two episodes of the series “Lewis” on the ITV channel, the actor has steadily risen into the spotlight. Having played the main role of Gary “Eggsy” Unwin along with Colin Firth in the movie “Kingsman: The Secret Service” in 2014, Egerton appeared in its sequel “Kingsman: The Golden Ring”. The success of the Kingsman franchise led to further praise for Egerton as an action star, and Fox hoped to capitalize on this recognition by inviting him to play Cyclops in the X-Men prequels.

The role of Cyclops was originally played by James Marsden in X-Men, released in 2000. Marsden’s run lasted four films before “X-Men: Days of Future Past” in 2014. Ty Sheridan then took on the role of Cyclops in the 2016 prequel X-Men: Apocalypse. The latest film in the Fox franchise, 2019’s Dark Phoenix, marked the last time Sheridan donned the Cyclops’ signature ruby-quartz visor, which allows the character to keep his eyes open without erasing everything he looks at. Although Sheridan played Cyclops perfectly, some still wonder what Egerton would have brought to this role.

In the episode “Sway In The Morning” Sirius XM (via CBR) Egerton spoke about Cyclops, confirming that he was indeed offered this role, but he missed the opportunity for one key reason. Egerton explained:

I don’t mind saying: it was a real thing, it was a real conversation. I never said that, actually. To be honest, the reason this conversation never went any further is because I didn’t want to play a character for a potential series of films in which you can’t see my eyes. As for me, I intuitively, creatively felt that the eyes are a mirror of the soul. I would find it challenging, and I just didn’t find it an intriguing prospect. Not that I was ever offered, but there was a conversation, a real conversation, beyond which it did not go.

It is clear that for Egerton, the Cyclops branded accessory became an obstacle to the deal. Although it is possible to give an emotional presentation in such conditions, they represent an interesting task that clearly did not excite Egerton. The actor’s decision ultimately makes sense given the trajectory of his career. After Kingsman, although none of his projects were successful, his work at Rocketman marked a new era in his career. He recently became interested in producing in addition to acting, a career move that might have changed if Egerton had starred in the oft-criticized X-Men prequels.

Ironically, ever since Disney acquired Fox, there have been rumors on the Internet that Egerton could potentially be selected for the role of the next Wolverine, despite the actor’s repeated attempts to rectify the situation. However, given that this year’s Comic-Con in San Diego is in the background, and there are no official announcements about mutants in either Phase 5 or 6 of the MCU, it is likely that news about Wolverine and possibly a new Cyclops will appear far in the future. Let’s hope that whoever Marvel appoints will strive to adopt the Cyclops brand image. With the “X-Men” teaser in the “Miss Marvel” finale, perhaps more information about how mutants fit into the MCU will be revealed in “Miracles” 2023. At the moment, there’s a lot of Marvel content to look forward to until mutants return to screens.