Home Entertainment Taron Egerton Confirms Meeting with Marvel for the role (is it Wolverine?) 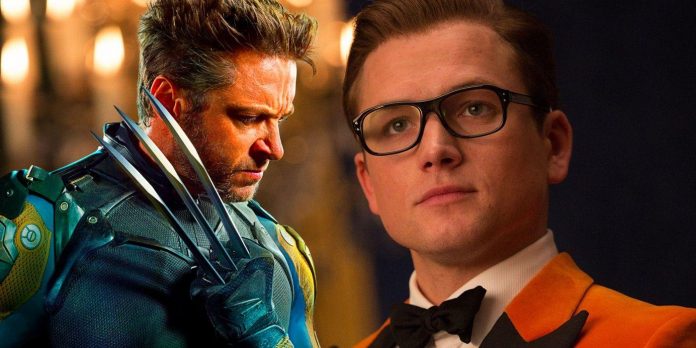 Taron Egerton confirms that he has met with Marvel Studios about joining the Marvel cinematic universe, which may be related to the role of the new Wolverine. Thanks to Disney’s acquisition of 20th Century a few years ago, Marvel Studios received the rights to film all the characters of “X-Men” and “Fantastic Four”. Viewers have already started to see some of these characters in the MCU, for example, Patrick Stewart’s Professor X was in Doctor Strange in the Multiverse of Madness, in which John Krasinski also played Mr. Fantastic.

With plans for a Fantastic Four movie and Ryan Reynolds working on Deadpool 3, the MCU will continue to introduce new versions of characters that movie fans have seen before. However, one of the most difficult reboots on the horizon is for Wolverine. Hugh Jackman’s nearly two decades as Wolverine have made him an icon of superhero films. This has put Marvel Studios in the difficult position of trying to find a creative way to reimagine Weapon X in the MCU. In addition, it puts a lot of pressure on the next actor, whose adamantium claws will pop out of his hands.

Marvel’s need for a new Wolverine actor has made fans wonder who will play the iconic superhero next. There are many popular options from fans, from Daniel Ratcliffe to Anthony Starr and Egerton. During a recent NY Times interview, Egerton confirmed that he had met with Marvel Studios and Kevin Feige about joining the shared universe. The star of the Kingsman franchise even mentioned the possibility that these meetings will be dedicated to Wolverine. Check out the relevant excerpt from the profile below:

“I don’t think it would be wrong to say that,” he said, laughing. it would be very difficult for someone else to do this.”

He paused, then flashed a grin. “But hopefully if that happens, they’ll give me a chance.”

Marvel Studios has not revealed any plans to feature Wolverine in upcoming MCU Phase 4 movies or TV shows. It is widely believed that his introduction may come sooner rather than later, and there are rumors that at some point “Doctor Strange in the multiverse of Madness” was going to introduce Wolverine from the MCU. If this is true, then perhaps Egerton’s conversations with Marvel Studios concerned this very possibility.

Egerton wasn’t particularly shy about his interest in the role of Wolverine in the MCU. Previously, he published photos of himself in the pose of Hugh Jackman’s Wolverine, and the smile in this interview is very revealing. Thanks to his growing fame and experience in action movies (not to mention his shorter height of 5 feet 9 inches), Egerton has many wonderful qualities to play Wolverine in the MCU. Perhaps he does have an inner path to taking on this role, now that he has confirmed meetings with Marvel Studios. Now we just need to see if these conversations really make Egerton a Wolverine in the MCU.