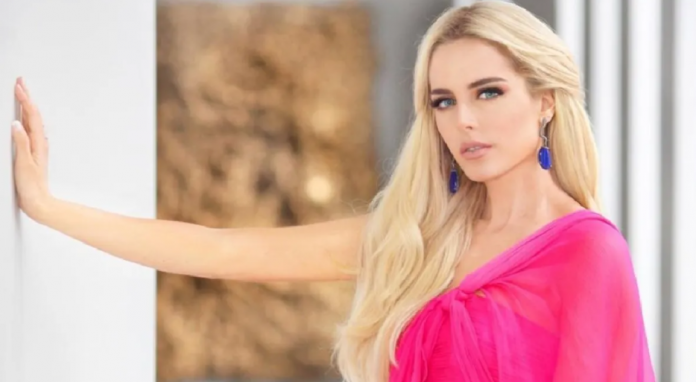 This October 28, the Catholic saint celebrates San Judas Tadeo, better known as the saint of lost causes, and who showed admiration and devotion was Tania Ruiz, the girlfriend of the former president of Mexico, Enrique Peña Nieto, who dedicated an emotional message to him. in his day.

Through her official Instagram account, the model shared an image of the patron of the “favors” whom she thanked for everything she has received from him. The situation did not go unnoticed among her followers, who questioned whether the former president’s girlfriend is going through a difficult time to entrust herself to the saint of difficult causes.

And it is that, as we announced in La Verdad Noticias, the model was involved in a great scandal recently, after being captured with her boyfriend, Peña Nieto outside a luxury hotel in Rome, Italy, where a woman yelled “thief” at the former president. It was through her Instagram stories that the 34-year-old model shared an image of the patron of impossible causes and a text with which she thanked everything she received from him:

“Thank you !!! Today 28 your day San Judas Tadeo !! Saint of difficult and desperate cases. I appreciate everything from you !!”, Ruiz wrote next to the image.

The publication of Peña Nieto’s girlfriend went viral on social networks, where she received thousands of reactions from users, since while some supported her devotion, others questioned her, even reviving the images that the model shared during his trip to Rome, where he celebrated his 34th birthday with the politician.

Who is Tania Ruiz? Tania Ruiz is a model and businesswoman born in San Luis Potosí on October 23, 1987. She is the daughter of Luis José Ruiz and Elizabeth Eichelmann. Enrique Peña Nieto’s girlfriend is in constant communication with his followers on social networks where she has proven to be passionate about Pilates, yoga, fashion design and recently surprised by revealing that she is a devotee of San Judas Tadeo.

Sandra Oh has a lot in common with Cristina Yang

Harry Styles Surrounds Himself After His New Spotify Record