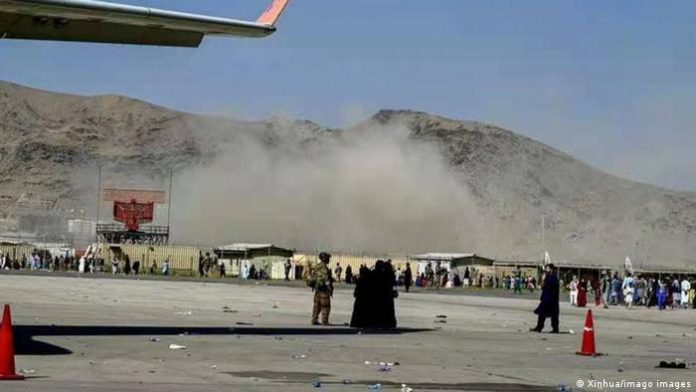 Taliban announcing that they “strongly condemned” the attack near the Kabul airport, the Taliban claimed that the attacks were carried out due to the presence of foreign forces in the country.

The Taliban also made statements regarding the explosions that took place in the area outside of the Hamid Karzai Airport in Kabul, the capital of Afghanistan.

“two separate explosions occurred near the airport in Kabul, they condemn the attack, and they will take all steps to ensure that those responsible for the attack are held accountable to justice.”

Taliban Spokesperson Zabihullah Mujahid also said they “strongly condemned” the attack, stressing that the explosions occurred in the area under US control.

This was followed by the statement of Abdul Khar Balki, another Taliban official. Speaking to Habertürk channel, Balki said that they condemned the attack and said, “Attacks targeting innocent civilians should be condemned by the whole world as an act of terrorism.”

However, Balki claimed that “attacks took place due to the presence of foreign forces in the country, and that such incidents will not occur after these forces withdraw”.

US officials say that all the findings of the attack point to the Afghan branch of ISIS called “Khorasan.” Western countries have warned that there is a terrorist attack on the airport in the last few days.

While many people were injured in the two explosions, it is stated that there were also deaths.