Home Entertainment Tales of Arise Will Have a Duration “similar to Tales of Berseria”;... 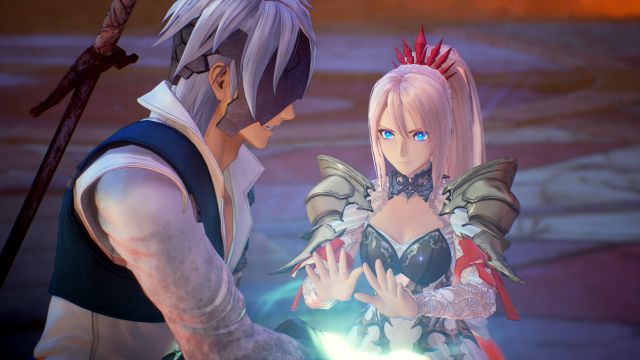 The producer of Tales of Arise shares new details of this installment. It is expected to be released on September 10 on PS5, PS4, Xbox and PC.Tales of Berseria fans can expect the duration of the new installment to be similar. This was recognized by its producer, Yusuke Tomizawa, in a question and answer session with the community.

“It goes without saying that it all depends on your style of play,” Tomizawa begins. “Overall, I can say that it will have a duration similar to Tales of Berseria. Of course the game has a lot of secondary content and replayability for the second games as well.

Another user asked if the story of the base game will be complete at launch, that is, without depending on additional content that extends it. The producer assures that the story of Tales of Arise will “be solved” during the game. “We have additional content like those available in the limited edition, but the whole story is in the game. I can guarantee it. Arise is fundamentally an individual game. We have no plans to link it to any other game, and it will conclude in a single installment. ”

Heading to the market

Tales of Arise will tell the story of a couple who, for reasons of destiny, join forces to achieve their goals. “Alphen and Shionne are the two young men who will determine the fate of two very different worlds, Dahna and Rena. Together with an exceptional roster of characters, they will face adversity in their fight for liberation ”, reveals the company in its official file on Steam.

Bandai Namco plans to launch this installment on September 10 on PS5, PS4, Xbox Series X | S, Xbox One and PC. During E3 2021 we were able to play the first hours of a limited content demo. “Short, intense and with a variety of options. It is the fastest way to define a demo that left us very good feelings: it looked good, it was played in an agile way and we would not have minded having played several hours more than what was being shown to us. And surely this is the best possible indicative for any game ”, we said. You can read the full text here.

Vikings: Why did Katheryn Winnick accept her role?