Home Entertainment Tales of Arise Presents Its New Cinematic Trailer In The Middle Of... 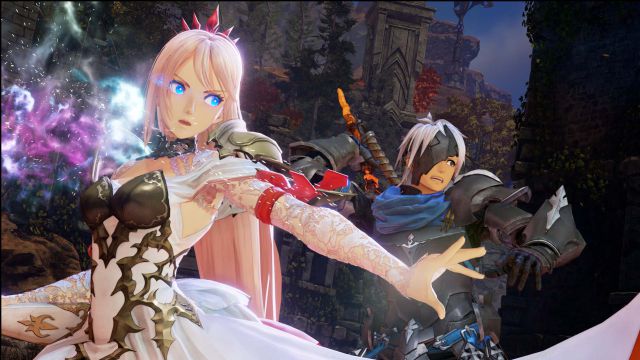 Tales of Arise: Bandai Namco Entertainment’s game is due out this September on consoles and PC. We see it in depth during the Summer Game Fest 2021. Tales of Arise has not missed the appointment of the Summer Game Fest 2021. The long-awaited title from Bandai Namco Entertainment has presented a new cinematic trailer to show that it is the most ambitious installment of the series, one of the most veteran of the genre with valid today. Action, role, adventure, exploration and epic are just some of the qualifiers that come to mind to define it.

In the adventure, much more open than we are used to, we will be able to learn the story of Rena, a star who has ruled the planet Dahna with an iron fist for 300 years. The inhabitants of this planet will rebel to get freedom. The development studio aims to maintain the essence of the saga, but at the same time evolve the formula to reach a larger audience; especially in the aspects related to combat.

E3 2021: what can we expect and main conferences confirmed

E3 2021 will be solely digital, but no less intense in terms of current events, news and developments related to the industry that unites us. From June 12 to 15 we will have the largest companies on the scene with their respective conferences, which are the following. We start with Ubisoft and its Ubisoft Forward this Saturday at 9:00 PM (CEST). Sunday will be the first intense day, because not short with the Xbox & Bethesda Games Showcase this June 13 at 7:00 p.m., we will immediately have the Square Enix Presents of the Japanese company. The broadcast will begin at 9:15 p.m. (Spanish peninsular time).

What are cryptomixers and why their use is the right step