Home Entertainment Tales of Arise Details Its Combat System From The Hand Of Its... 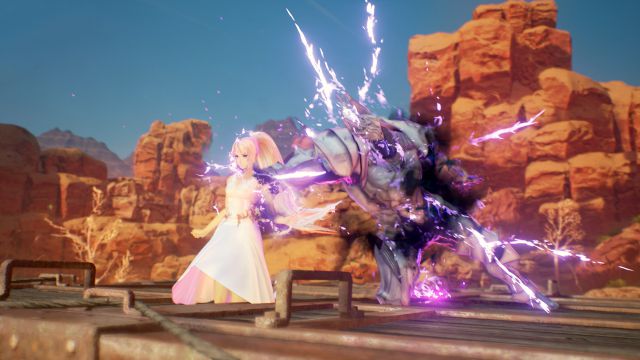 Tales of Arise: Bandai Namco highlights the new features of the game in a video and reviews the philosophy that the developers have followed. Tales of Arise, the new chapter of the popular JRPG saga developed by Bandai Namco, is still a few months away from hitting the market, but the Japanese company continues to present new videos and information about the video game with which they will celebrate their 25th anniversary. Hirokazu Kagawa, director of the title, has offered some clues about his next work. He has done it with the help of a video, which you can see just below these lines.

Kagawa delves into the combat system, which as usual in the saga, bets on action, without forgetting some strategic elements. The head of the project also explains the new functionalities that have been implemented in the battles: “Each installment of Tales of has been a challenge to the previous combat systems and a commitment to improve and introduce new elements, as well as to equip the combats action of a global experience ”, he highlights. According to him, as the sequels have been released, the combat system has become more and more complicated.

An RPG for everyone

The director maintains that his goal with Tales of Arise has been from the beginning to build an action RPG “that everyone could enjoy”, so they have reviewed “these complexities” to balance action and avoidance. Contrafilo, for example, is one of the new features, an option that provides the ability to counter. Empowered Attacks and Empowered Strikes have also been added, the main purpose of which is to “speed up the fights” and deliver a “satisfying” finishing blow. Kagawa stresses that the most important thing is the emphasis they have given to the “specialty of each character”, not to mention the “comfort” of fighting alongside other teammates.

Minoru Iwamoto, art director, also intervenes in the video, referring to the effort they have made to offer the most detailed expressions possible for the characters, an aspect that defines their personality. They used facial and motion capture techniques to bring the protagonists to life.